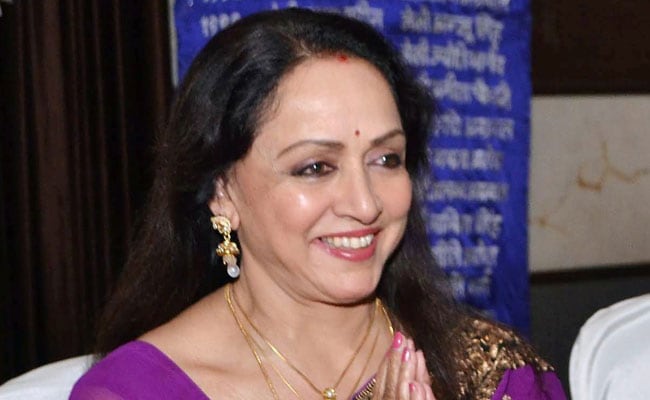 Mathura: Actor-parliamentarian Hema Malini is being criticized for her comment that widows from Bengal and Bihar should not crowd Vrindavan, the holy city in Uttar Pradesh home to thousands of destitute women.

She has also controversially said, "Vrindavan widows have a bank balance, good income, nice beds, but they beg out of habit."

The 65-year-old film star, a BJP MP, made the comments during a visit to her parliamentary constituency Mathura on Monday. Vrindavan is a part of the Mathura district.

"There are 40,000 widows in Vrindavan. I think there is no more place in the city. A large population is coming from Bengal... that's not right. Why don't they stay in Bengal? There are nice temples there. The same is true for those from Bihar," she said. Speaking after touring a shelter home that was in a very poor state, Ms Malini said she would talk to West Bengal Chief Minister Mamata Banerjee.

Promoted
Listen to the latest songs, only on JioSaavn.com
Hema Malini was elected from Mathura by a massive margin in the May national election.

But in her long absence from the constituency, posters declaring her "missing" sprang up. The first-time Lok Sabha MP also faced criticism for her poor attendance in Parliament.
Comments
Vrindavan widowsHema Malini