"Where Will I Get Money": Sajad Lone On Horse Trading Allegations

About Jammu and Kashmir Governor Satya Pal Malik's allegations of horse trading in the state, People's Conference chief Sajad Lone said, "How can you call a constitutional solution horse trading?" 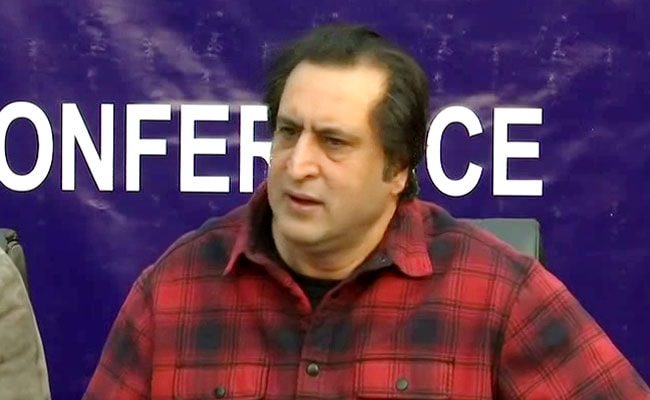 BJP-backed Sajad Lone, who put in one of the two rival bids to form government in Jammu and Kashmir, today vehemently protested against Governor Satya Pal Malik's remarks on why he dissolved the state assembly. The Governor, who had pointed to horse trading as one of his reasons for his move, has defended himself, saying had he looked to Delhi, he would have had to ask Mr Lone to form government and then, "I would have gone down in history as unscrupulous".

"The Governor can't rip me apart in the media, his remarks were disrespectful," Mr Lone told NDTV. "It is not good that you go on TV and portray every Kashmiri as corrupt. It will not be taken. It was a very disdainful, disrespectful characterization of the Kashmiris," he added.

Asked about the allegations of horse trading in the state, Mr Lone said: "How can you call a constitutional solution horse trading? And where on earth would I get so much money to buy someone?"

On Wednesday, the People's Conference chief, who has only two lawmakers in assembly including himself, had claimed that he has the backing of the BJP and more than 18 other lawmakers. Though he did not specify their party, there were indications that most of them belonged to the party of Mehbooba Mufti. His letter to the Governor became public minutes after Ms Mufti, unable to reach the Governor, tweeted her letter to him, which said she wanted to form the next government in the state.

The evening of fast paced developments ended with the Governor dissolving the assembly. The move led Ms Mufti and her alliance partner Congress to allege that Mr Malik was taking instructions from the BJP-led Central government.

"Had I looked towards Delhi (the centre), then I would have been forced to invite Sajad Lone to form the government," the Governor said at an event in Madhya Pradesh on Saturday. "Then I would have gone down in history as unscrupulous. But I ended the whole thing. Those who want to abuse me can do so, but I am convinced I did the right thing," Mr Malik said.

Mr Lone claimed he was the one to stake claim first, with a telephone call to the Governor. On his instructions, he tried to fax a letter but encountered a machine that was not working. Then finally he had Whatsapped the letter.