"When we met, he courteously turned my offer of financial support. I remain an admirer of how has changed the lives of so many," Anand Mahindra tweeted. 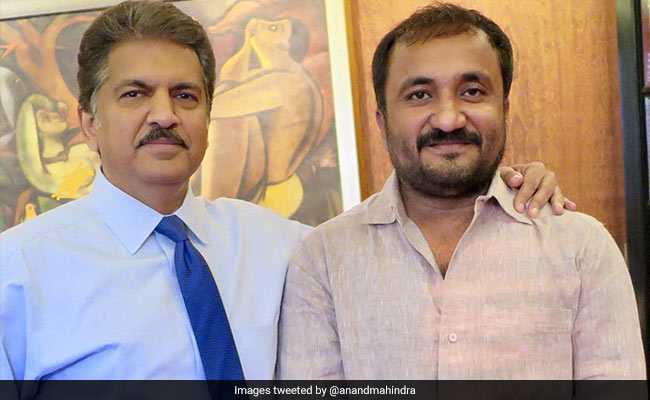 Celebrated tutor Anand Kumar, widely praised for his initiative in training underprivileged students for entrance exams to the prestigious IITs, which is now the subject of a major Bollywood movie, won his latest endorsement from noted industrialist Anand Mahindra. Yesterday, Mr Mahindra tweeted a picture with him, recounting the one time that he politely turned down his offer of financial help.

"When we met, he courteously turned my offer of financial support. I remain an admirer of how has changed the lives of so many," he tweeted in response to Mr Kumar's interview with news agency PTI, where he said he had denied his offer for help. "Thank you very much sir, your good wishes are always source of my strength," Mr Kumar responded.

Mr Kumar, 46, had started his "Super 30" programme in 2002, teaching 30 meritorious underprivileged students for free at his non-profit coaching centre every year. The institute also provides food and accommodation to the students.

In the first year of the coaching, 18 out of 30 students from Mr Kumar's institute made it to IIT. The next year, the number of applications for the program rose substantially and a written examination was conducted to select 30 students. In 2004, 22 out of 30 students qualified for IIT-JEE.

Mr Kumar's pioneering work has inspired a Bollywood film. Titled 'Super 30', the film stars Hrithik Roshan in the lead role and was released on July 12.

"All the stories from Bihar are about fraud and robbery. This is a story which will bring prestige to Bihar. The world will know that in Bihar, we have people who, despite difficulties reach the top," Mr Kumar had said about the film.