Amid Tussle Within, Trinamool Sweeps Civic Polls In 4 Bengal Towns 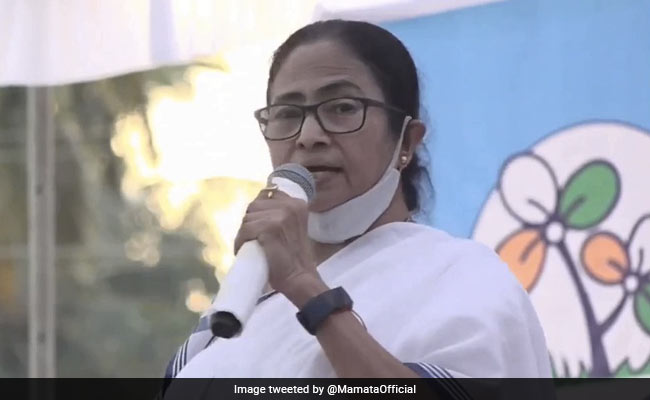 Mamata Banerjee's Trinamool Congress today won local body elections in four major towns that voted on Saturday, reaffirming its grip over the state nearly a year after its big victory in the state election. The win comes at a time the party is struggling with an internal feud between Mamata Banerjee loyalists and her nephew Abhishek Banerjee, with poll strategist Prashant Kishor's outfit caught in the middle.

The Trinamool won the civic body elections in Bidhannagar - a satellite city of Kolkata - Chandannagar, Asansol and Siliguri.

"It is once again an overwhelming victory of Ma, Mati, Manush. My heartiest congratulations to the people of Asansol, Bidhannagar, Siliguri and Chandanagore for having put their faith and confidence on All India Trinamool Congress candidates in the municipal corporation elections," Mamata Banerjee tweeted, thanking voters.

It is once again an overwhelming victory of Ma, Mati, Manush.
My heartiest congratulations to the people of Asansol, Bidhannagar, Siliguri & Chandanagore for having put their faith and confidence on All India Trinamool Congress candidates in the Municipal Corporation elections.

The Trinamool won 39 out of 41 seats in Bidhannagar, decimating rivals BJP and CPI(M) who didn't get a single seat. Two seats went to the Congress and an independent.

In Chandernagore, the Trinamool won 31 of the 32 seats, while the CPI(M) won in one ward. The party also wrested the Siliguri Municipal Corporation from the CPI(M)-led Left Front by winning 37 out of 47 seats. The BJP won five seats and the Left placed third by winning only four seats. The Congress won one seat.

In Asansol, the Trinamool scored 66 of 106 seats and was leading in five wards, while the BJP won in five seats and the CPI(M) and Congress, two each.

The Bengal Chief Minister announced that Gautam Deb will be the mayor of Siliguri.

For the other three corporations, the Trinamool has yet to decide on Mayors and it may come down to a fight between aspirants, especially in Bidhannagar where Sabyasachi Dutta and Krishna Chakraborty are both angling for the post. Both candidates have started lobbying for the Mayor's job.

For Mamata Banerjee, the civic polls are more affirmation of her party's dominance in Bengal after its stupendous victory in the assembly elections last year, when it not only beat the BJP by a huge margin but also reduced the Congress party and the Left to zero.

Some disruptions were reported during polling day. The BJP held protests at several places against alleged poll violence and electoral malpractices with former state BJP President and Member of Parliament Dilip Ghosh also leading a dharna. The BJP also plans to move court on the issue.

The state government insists that there was no violence and all disturbances were tackled and addressed in time.

The BJP has also alleged massive electoral malpractices and said that their voters weren't allowed to vote. The results may be a disappointment for the BJP after it emerged the principal opposition party in last year's assembly elections. The Left seems to have recovered some ground in some of its old strongholds.

Elections to 108 municipalities will be held on February 27 as many of these elections were due earlier but were postponed due to Covid.