Protesting doctors demanded an unconditional apology from Mamata Banerjee and set six conditions for the state government to withdraw their protest. 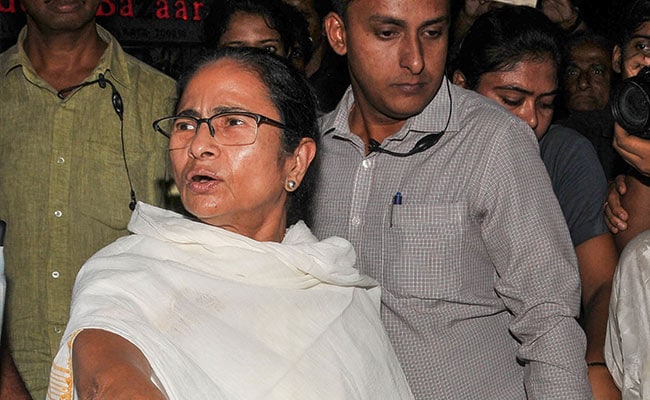 West Bengal Chief Minister Mamata Banerjee on Friday stood firm on her charge that "outsiders" were to blame for the doctors' protest that affected medical services in the state for the fourth day and has led to demonstrations and boycotts across the country.

"Outsiders are instigating the doctors. I had rightly said that they were involved in yesterday's protest. I had seen some outsiders raising slogans (at SSKM hospital)," she was quoted by news agency PTI as saying at rally in Kanchrapara, about 50 km from Kolkata.

Also accusing the BJP of backing those attacking Bengalis and minorities in the state, she said that those living in West Bengal will have to learn to speak in Bengali.

"Just because they (BJP) won a few seats by programming the EVMs, it doesn't mean that they can beat up Bengalis and minorities. We will not tolerate this," the chief minister said.

"The police will take action against the hooligans. If someone is living in Bengal, he or she has to learn Bengali," she added.

Protesting doctors, meanwhile, demanded an unconditional apology from Ms Banerjee and set six conditions for the state government to withdraw their four-day-long stir that disrupted healthcare services across West Bengal and beyond.

"We want unconditional apology of Chief Minister Mamata Banerjee for the manner in which she had addressed us at the SSKM Hospital yesterday. She should not have said what she had," a spokesperson of the joint forum of junior doctors, Dr Arindam Dutta, said.

While visiting the SSKM Hospital on Thursday, Ms Banerjee had charged that "outsiders" had entered medical colleges to create disturbances and the agitation was a conspiracy by the Left and the BJP.

Two junior doctors were assaulted on Monday night by family members of a patient who died in the NRS Hospital triggering the face-off.

Blaming the Mamata Banerjee government for the doctors' strike in Bengal, Union Health Minister Harsh Vardhan appealed to her to "not make it a prestige issue".