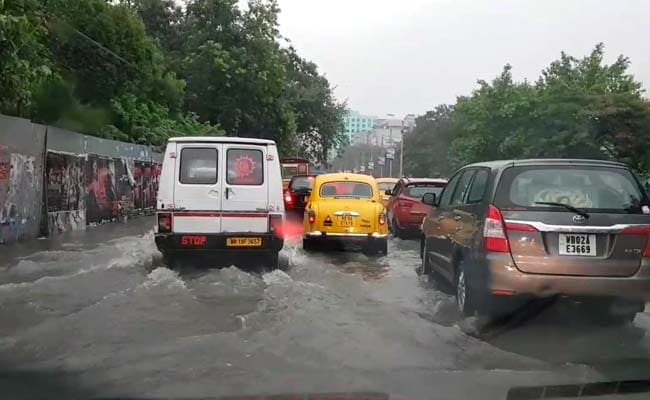 Kolkata: Five persons died in lightning strikes and one drowned as heavy monsoon showers left various areas of the metropolis and the southern Bengal districts waterlogged on Monday, with the weatherman warning of "heavy to very heavy rainfall" in the northern part of the state over the next five days.

The met office also predicted widespread rainfall in the southern districts over the next three days.

A boy was killed in Purulia district due to lightning strike, the official said, adding that a youth drowned in Sutunga river in Mekhliganj in Cooch Behar district during the rain.

The downpour affected services of Eastern Railway and South Eastern Railway, as speed of trains had to be curtailed following waterlogging on tracks.

To combat the water logging problem, the Kolkata Municipal Corporation opened a control room, and said they were constantly monitoring. A helpline-2286-1212/2286-1313/2286-1414 was opened for reporting water logging in the metropolis.

"In the EM Bypass area there was a drainage system which has got choked due to which the area has become waterlogged. I have visited the area along with other officers. We are working on a Detailed Project Report for coming up with a new drainage system and we will arrive at a solution soon," said KMC Mayor-in-Council, drainage, Tarak Singh.

Promoted
Listen to the latest songs, only on JioSaavn.com
"Rainfall in most places likely over south Bengal districts due to a cyclonic circulation that lies over northwest Bay of Bengal," the bulletin added.