"After some heated arguments, Mr Jadeja attacked some on-duty policemen and ran towards his car after more cops gathered at the spot. He then sat in his car and tried to flee the spot. He did not stop his car when a constable signalled him to do so ," the IPS officer told reporters. 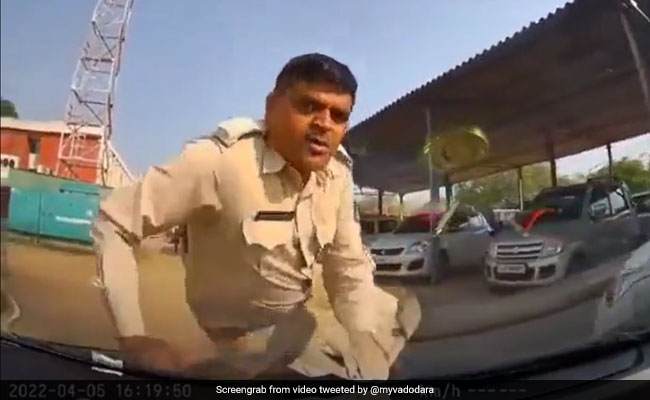 AAP leader Yuvrajsinh Jadeja was arrested by the Gandhinagar police.

Gujarat AAP's youth wing leader Yuvrajsinh Jadeja has been arrested for allegedly attacking on-duty policemen and dragging a constable on the bonnet of his car, a senior police official said on Wednesday.

Among other charges, Mr Jadeja, arrested by the Gandhinagar police on Tuesday night, has been booked for "attempt to murder" under section 307 of the IPC as his act could have resulted in the constable's death, said Inspector General (Gandhinagar Range) Abhay Chudasama.

The Aam Aadmi Party (AAP) leader was produced before a local court which sent him to jail under judicial custody after the police did not seek his remand, said Deputy Superintendent of Police MK Rana.

According to IG Chudasama, Mr Jadeja came to the Gandhinagar police headquarters on Tuesday evening to extend his support to job aspirants (for post of assistant schoolteachers or "Vidyasahayaks") who were detained by police and taken to the HQ as they did not have permission for their protest.

"After some heated arguments, Mr Jadeja attacked some on-duty policemen and ran towards his car after more cops gathered at the spot. He then sat in his car and tried to flee the spot. He did not stop his car when a constable signalled him to do so ," the IPS officer told reporters.

To save himself from the speeding car, the constable, Laxman Vasava, jumped on the bonnet, he said.

Mr Jadeja stopped his car after covering some distance and the constable somehow managed to latch on the bonnet to avoid getting thrown off, said IG Chudasama.

"The entire incident was recorded in the dashboard camera of Jadeja's car. The constable could have died in this incident. We have sent the camera as well as Jadeja's mobile phones for a forensic analysis," said the Inspector General.

While AAP leader Pravin Ram demanded immediate release of his party colleague claiming the BJP government was "afraid" of Mr Jadeja, Gujarat Education Minister Jitu Vaghani, who is also a government spokesperson, said no one has the right to take law into their hands.

Mr Jadeja has acquired the image of a "whistleblower" after exposing alleged irregularities in government recruitment exams. His complaints of irregularities and paper leak have resulted in the cancellation of two exams for recruitment of clerks in the last few months.

Mr Jadeja had recently claimed a question paper of an exam for recruitment of forest guards was also leaked, a charge denied by the state government.