Watch: How The River Ganga Flows From Gangotri To The Bay Of Bengal

The Ganga originates from the western Himalayas and flows south and east through north India and then enters Bangladesh. 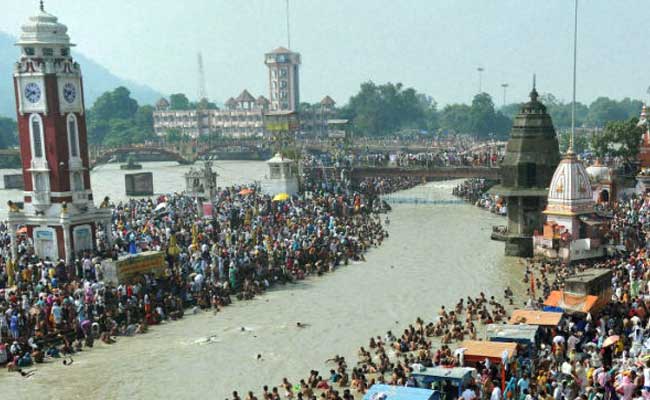 The Ganga river and its tributaries are a vital water source for 400 million people.

For India, the Ganga is more than just a river. It is a vast waterway that originates in the Himalayan mountains and winds through thousands of kilometres of rural terrain before emptying into the Bay of Bengal; it is a lifeline for millions of people. Hindus also regard the river as a sacred body. The river travels almost 2,500 kilometres to the Bay of Bengal, joining with other rivers along the way swollen by monsoon rain and melted glaciers.

The Ministry of Jal Shakti of the government of India has shared a video on Twitter presenting a map showing the Ganges River's path from its source through northern India and into the Bay of Bengal.

Ministry's tweet in Hindi, when translated to English, reads as "Let us know, with the help of the map in this video, where the Ganges River originates and which major rivers join together to form the Ganges River!".

Let us know with the help of map in this video, where does the Ganges river originate and which major rivers join together to form the Ganges River! pic.twitter.com/YQup7oGd5F

The video explains where the Ganga River originates. Which rivers meet to form the Ganga river and what is Panch Prayag?

Hindus also call the river Ganga as Maa Ganga in Hindusim, and it is considered a symbol of purity.

In the foothills of the Himalayas, the Alaknanda and Bhagirathi rivers converge in the small hill town of Devprayag. This is where the Ganges begins. Pristine waters soon become a distant memory as the 2,525 km-long Ganges snakes its way down to the densely populated plains of north India, eventually forming a huge delta with the Brahmaputra River and emptying into the Bay of Bengal.

The river and its tributaries are a vital water source for hundreds of millions of people, who rely on it to drink, bathe, and irrigate the land.

At other points along the river, industrial waste and sewage pour in from open drains, turning the river red in some places, while clouds of toxic foam float on the surface in others.

The holy Ganga begins as a crystal clear river high in the icy Himalayas, but pollution and excessive usage transform it into toxic sludge in places on its journey through burgeoning cities, industrial hubs, and past millions of devotees.