The former Delhi minister "felt like a misfit" in the BJP, he said. "Leaving Congress was a sad decision taken during a weak moment." 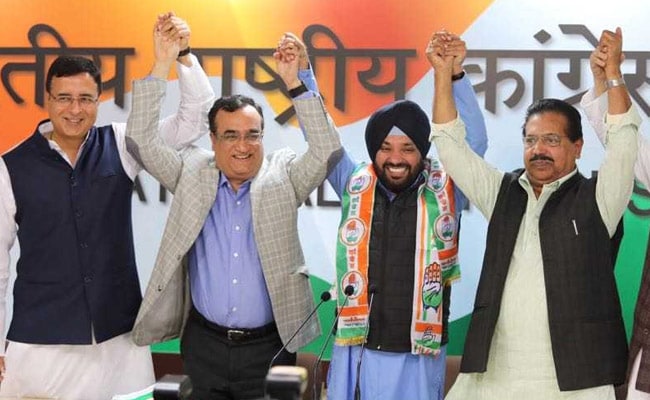 The former Delhi minister "felt like a misfit" in the BJP, he said. "Leaving Congress was a sad decision taken during a weak moment. There were communication gaps. But when I spoke to Ajay Maken, we ironed out all the issues," he said.

During a press meet to announce his return today, the 48-year-old added, "I was an ideological misfit in BJP. It didn't take long to realise that. Then I told myself, I should do as much as I can for my parent party."

Ajay Maken, Delhi Congress chief and senior party leader who had cried when Mr Lovely joined the party in April, wants to make up for lost time. "I accept that there were communication gaps before MCD election. I should have spoken to him. But now we have put aside our differences and promised to work together for the growth of the party," Mr Maken said.

He called Mr Lovely a "soldier" and acknowledged his numerous contributions to the party. "His return will strengthen the party. We hope Delhi gives us another opportunity," he said.

When Mr Lovely was reminded how he attacked Mr Maken and called former Chief Minister of Delhi Sheila Dikshit a "burden" on the Congress before abandoning the party, senior leader Randeep Surjewala insisted on responding on Mr Lovely's behalf and said, "When emotions are hurt, when expectations aren't met, we end up using insensitive words. But it's time to leave all the bitterness behind and move forward. It's time to work."

Promoted
Listen to the latest songs, only on JioSaavn.com
Ms Dikshit also welcomed him to the party and said, "I am glad he realised that in the end apna ghar hi achha rehta hai."

Mr Lovely was with the Congress for 30 years. He contested in four elections to the Delhi assembly and won each one of them, and was a minister in Sheila Dikshit's government. Before switching sides, Mr Lovely had declared that the Congress had "died" under the present leadership. He had claimed that Mr Maken virtually drove him into the waiting arms of its main political opponent.