Former Comptroller and Auditor General of India or CAG, Vinod Rai had calculated that 2G spectrum allocation in 2008 -- under the UPA regime when Mr Raja was the telecom minister -- led to notional loss of Rs 1.76 lakh crore to the national exchequer. 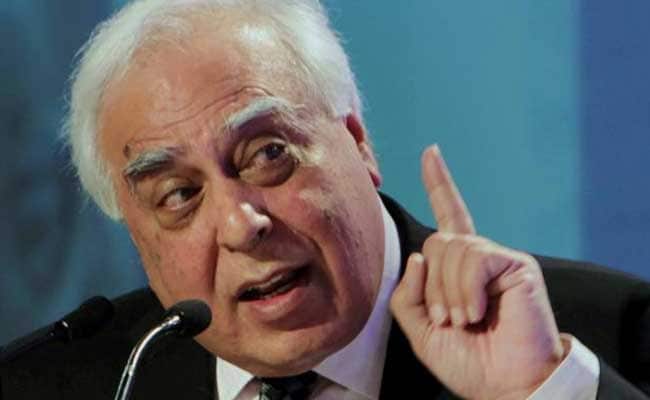 "I have been saying from day one that there was no loss and I have been vindicated today. In fact it is Vinod Rai who must apologise to the nation."

"It is (the then) opposition who must apologise to the nation," Mr Sibal told reporters after a special court in the 2G spectrum allocation scam case acquitted all the accused.

Former telecom minister A Raja and DMK lawmaker M Kanimozhi were today acquitted by a special court in the 2G spectrum scam case. Fifteen others accused in the case and three companies were also acquitted.

The BJP was the main opposition party at the time when the Congress-led UPA government came under fire from it and others over the allocation of spectrum without auction.

Former Comptroller and Auditor General of India or CAG, Vinod Rai had calculated that 2G spectrum allocation in 2008 -- under the UPA regime when Mr Raja was the telecom minister -- led to notional loss of Rs 1.76 lakh crore to the national exchequer.

"There was no case from the beginning. In fact, it was scam of lies, there was no scam on our part. We did it in accordance with policy prescription that we had at that point in time," Mr Sibal said.

Responding to query on the Supreme Court judgement of February 2012 which cancelled 122 telecom licences that were allocated spectrum in 2008, Mr Sibal said that the Supreme Court passed the judgement in its attempt to do the best it could do in the interest of the nation, and it was a wrong decision.

"That (SC cancelling telecom licences) was also a wrong decision. The fact that the Supreme Court rendered a decision doesn't mean that is necessarily right.

"In fact, the kind of environment created by the media, the opposition, by Vinod Rai... The telecom sector is in dire state today and this is entirely because of Vinod Rai and opposition (at that time)," Mr Sibal said.

The Supreme Court, after cancelling 122 telecom licences, had ordered allocation of spectrum though auction.

The government has held four spectrum auctions till date.

Promoted
Listen to the latest songs, only on JioSaavn.com
However, industry has been seeking reduction in the spectrum prices.

"Grave Threat To Life": UP Rape Survivor Seeks Transfer Of Case To Delhi