Vijay Mallya is wanted in India for over Rs 9,000 crore in unpaid loans and currently lives in the UK.

"Before Mallya left India, he met senior BJP leaders, that is documented. I won't name them," Rahul Gandhi said. The BJP is yet to respond to the charge.

The 48-year-old leader who is visiting the UK where Vijay Mallya has been living since he left India in March 2016 as banks stepped up efforts to recover Rs. 9,000 crore in unpaid loans. 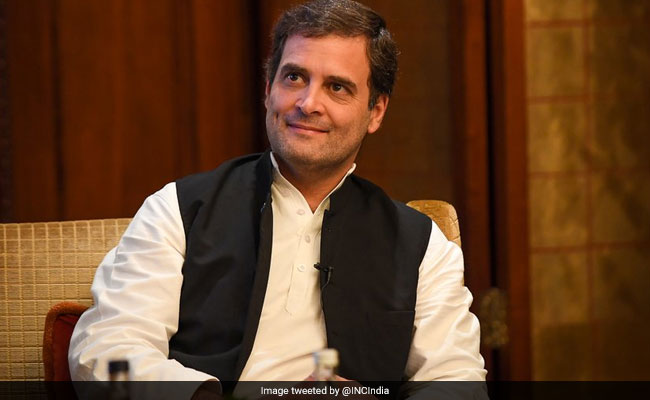 Rahul Gandhi interacted with members of the Indian Journalists' Association in London.

Indian authorities have been trying to bring him back but Vijay Mallya has challenged an extradition request filed by the Central Bureau of Investigation in UK, saying that Indian jails do not have natural light and fresh air. In response, the CBI has filed a video of Barack Number 12 of Mumbai's Arthur Road Jail where it plans to keep him. The video shows Mr Mallya will have access to a television, personal toilet and bedding and plenty of sunlight. The case will be heard next on September 12.

Commenting on the case, Mr Gandhi said Indian prisons are "difficult places" but fugitives like Vijay Mallya should not be treated differently.

"Indian prisons are pretty decent as far as Mr Mallya is concerned. Justice should be same for Indian people," he said.

The Congress president said, "There is a relationship between Nirav Modi, Mehul Choksi and the Prime Minister. No action is taken against them".