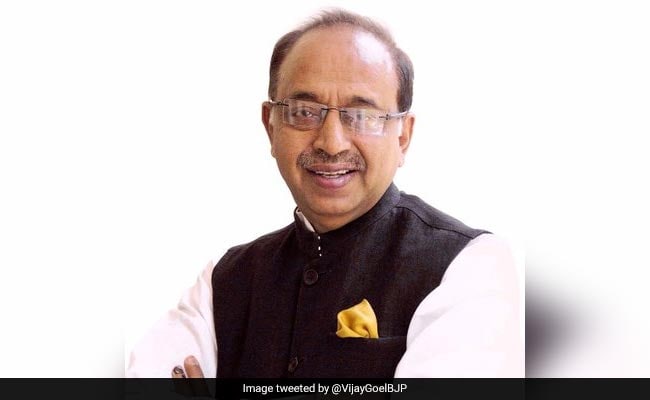 Vijay Goel said he reached out to all parties, mainly those in the opposition, for their support (File)

A day before introduction of the triple talaq bill in the Rajya Sabha, Union Minister Vijay Goel Sunday reached out to all parties seeking their support for its passage.

Terming the bill a landmark legislation for gender justice, the minister of state for parliamentary affairs said Muslim women are looking towards the Rajya Sabha with hope.

"It is high time we ensure justice to our Muslim sisters. They have went through so much pain because of this inhuman practice of triple talaq," Mr Goel said in the national capital.

Mr Goel, who hails from Chandni Chowk in Delhi, said he has personally witnessed how Muslim women suffered due to triple talaq.

The minister said he has reached out to all parties, mainly those in the opposition, and sought their support for passage of the bill.

The contentious bill seeking to criminalise the practice of instant divorce among Muslims is set to be tabled in the Rajya Sabha on Monday. The Congress has said it will not allow its passage in the present form.

The ruling BJP, which lacks majority in the upper house, has issued a whip asking its members to be present in the house.

Law Minister Ravi Shankar Prasad will table the bill in the Rajya Sabha. The bill was cleared by the Lok Sabha -- with 245 voting in favour and 11 opposing it -- on Thursday amid a walkout by the opposition.