The Mumbai police were quick to react to the incident. "We are forwarding it to the main control room," the cops responded. 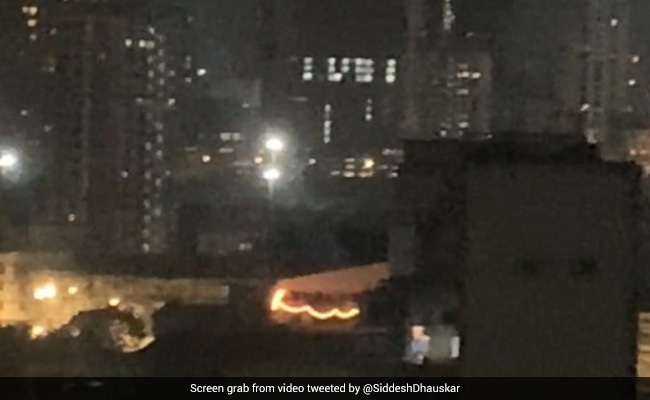 A video has surfaced online in which people were allegedly seen partying on the terrace of Tata Memorial Hospital in Mumbai on Saturday night. The hospital, a specialist cancer treatment and research centre, is situated in East Parel.

Social media user Siddesh Dhauskar shared the video on Twitter. In the caption, he wrote, "Party on the @TataMemorial hospital terrace!! That too after 12 midnight with full loudspeakers!"

Party on the @TataMemorial hospital terrace!! That too after 12 midnight with full loudspeakers! @MumbaiPolice - is this legally allowed?? Shocking to see loudspeakers and dancing in a hospital with cancer patients pic.twitter.com/SI85tcIF24

The clip appeared to be shot from a building opposite to the hospital. It showed the terrace decorated with lights. In the background, A R Rahman's famous song 'Maa Tujhe Salaam' was also heard playing on loudspeakers.

While sharing the video on social media, Mr Dhauskar tagged the Mumbai Police and asked if partying on a hospital terrace was legal. "Shocking to see loudspeakers and dancing in a hospital with cancer patients," he wrote in the caption.

The Mumbai police were quick to react to the incident. They took cognizance of the matter as soon as they were informed. "We are forwarding it to the main control room," the Mumbai Police responded.

We are forwarding it to the main control room.

Meanwhile, last month, a video of pharmacy students creating a ruckus inside the hospital premises while celebrating a birthday surfaced online. The clip was shot in a civil hospital in Lucknow, Uttar Pradesh. It attracted the attention of the higher authorities who initiated an enquiry into the matter.

Also Read | Sikh Student With Kirpan Arrested At US University

In another similar incident, a video showing senior students slapping a long line of juniors, standing with their backs against the wall, emerged on social media. The clip was shot at a medical college in Madhya Pradesh. The matter was reported to the college administration through the National Medical Commission helpline. And an FIR was also registered against the students.