He Was An Atheist, Says Verghese Kurien's Daughter On Conversion Charge

Nirmala Kurien said such comments should be ignored and Dr Kurien's contribution should be remembered. 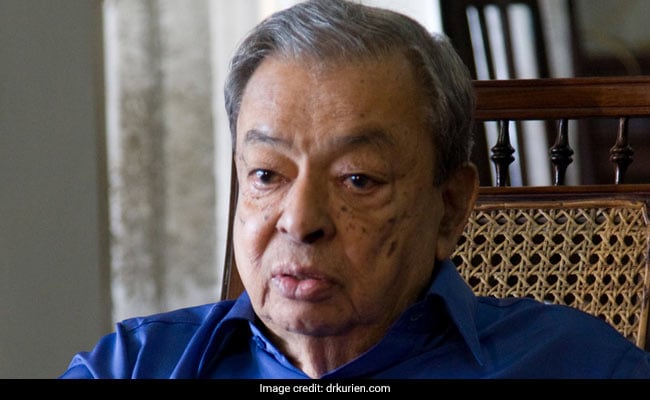 The daughter of iconic social entrepreneur Dr Verghese Kurien has reacted to the allegation made by Gujarat Minister Dileep Sanghani that her father diverted dairy cooperative Amul's profit to fund religious conversions in Gujarat. She said her father was an atheist, and despite being born Christian, he chose to be cremated.

"We should ignore such statements and focus on work done by Verghese Kurien in building institutions that ushered India's White Revolution," Nirmala Kurien said at an event.

"My father was an atheist and (despite being a Christian) was cremated as per his wishes. So was my mother," Ms Kurien added.

Dr Kurien's efforts led to the start of the White Revolution that made India the largest producer of milk in the world. Operation Flood that he launched in 1970 has helped dairy farmers to establish control on the resources they create, increasing their income. He was awarded India's second highest civilian award for his contribution to the country. He died on September 9, 2012.

Mr Sanghani had said that Tribhuvandas Patel was the founder of Amul, but the country didn't know about him. He alleged farmers' money was donated by Dr Kurien for the conversion of tribals in south Gujarat.

Amul chief, Dr RS Sodhi, also rubbished the allegation, saying Dr Kurien's religion was that of every farmer in the country. He remembered the day when Dr Kurien died. "Me and my colleague went there and asked Nirmala and Mrs Kurien as to where he should be buried. They told us that his wish was that he be cremated. He was cremated at the same place as Tribhuvandas Patel. After three months when Mrs Kurien died in Mumbai, she was also cremated," he said.