A passer-by called the police when he saw the baby lying in the drain, covered with twigs and mud, in Uttar Pradesh's Budaun

A baby girl lying in a drain, covered in dirt and mud - the first of a series of photos tweeted by the police in Uttar Pradesh's Budaun - tell the story of one of the many girl children abandoned across the nation every year.

Then she is rescued by the police and taken to a hospital.

On this occasion, the baby proved lucky. She was spotted by a person passing by and the police were informed. The tweeted photos show the rescue - an officer holding her gently and she being taken to a hospital in a police vehicle.

Along with other policemen, constable Rishi Pal, who is seen holding the baby in the photo, took her to the district hospital where doctors immediately put her under emergency care. 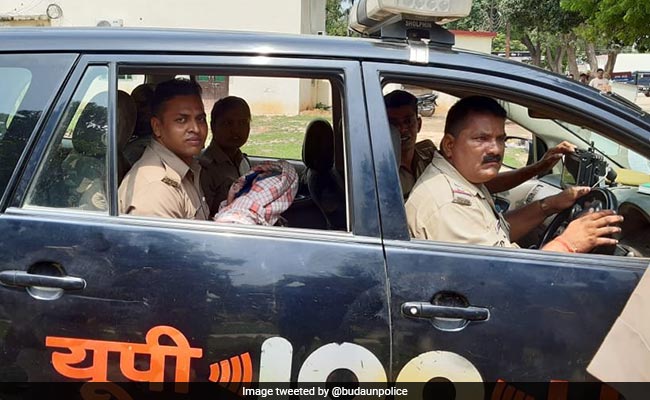 Budaun, Uttar Pradesh: Policemen carry the baby they have rescued from a drain to hospital

The police tweeted another photo that shows the baby recovering inside the intensive care unit. This time she has been cleaned of all the dirt, and is seen comfortably sleeping on a soft sheet surrounded by an array of medical equipment.

The police said they have filed a case against unknown people for abandoning the baby, who could have died if they had not rescued her on time. 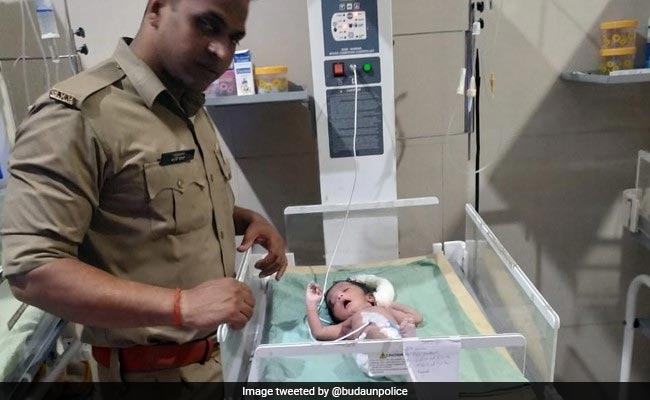 The centre runs a gender awareness programme 'Beti Bachao, Beti Padhao' under which girl children are given financial help for education and other facilities in the district level.