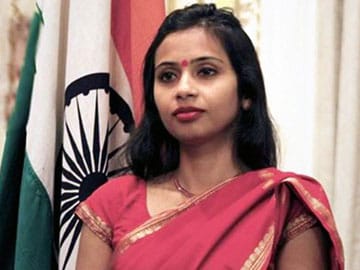 The diplomat, Devyani Khobragade, 39, the deputy consul general in New York, had been accused of submitting false documents to obtain a work visa for a housekeeper.

New York: The federal prosecutor whose decision to charge an Indian diplomat in New York City last week touched off a furore in India made an unusual and robust public defence of that decision on Wednesday night, saying that "there can be no plausible claim that this case was somehow unexpected or an injustice."

The prosecutor, Preet Bharara, the US attorney for the Southern District of New York, said the diplomat's conduct showed that "she clearly tried to evade US law designed to protect from exploitation the domestic employees of diplomats and consular officers." (Read full statement)

The diplomat, Devyani Khobragade, 39, the deputy consul general in New York, had been accused of submitting false documents to obtain a work visa for a housekeeper. Indian officials have been quoted as saying that she was arrested and handcuffed as she was leaving her daughter at school, and there were accounts that she was strip-searched and then held with drug addicts before being released on $250,000 bail.

But Bharara, in his statement, said there had been "much misinformation and factual inaccuracy in the reporting" about the case, and the inaccuracies were "misleading people and creating an inflammatory atmosphere on an unfounded basis."

"Is it for US prosecutors to look the other way, ignore the law and the civil rights of victims," Bharara asked, "or is it the responsibility of the diplomats and consular officers and their government to make sure the law is observed?"

Bharara noted that the diplomat had underpaid the housekeeper and made her work more hours than her contract called for.

Although his office did not take Khobragade into custody, Bharara said she had been "accorded courtesies well beyond what other defendants, most of whom are American citizens, are accorded." He said that State Department agents had arrested her "in the most discreet way possible," and that unlike most defendants, she "was not then handcuffed or restrained."

The arresting authorities had not seized her telephone as they normally would have, Bharara said, and allowed her to make calls for about two hours, including to arrange for child care. Because it was cold outside, Bharara added, the agents "let her make those calls from their car and even brought her coffee and offered to get her food."

It was true, Bharara added, that Khobragade was "fully searched" in a private setting by a female deputy marshal when she was taken into the custody of the U.S. Marshals Service, which handled her detention. But, he said, "this is standard practice for every defendant, rich or poor, American or not, in order to make sure that no prisoner keeps anything on his person that could harm anyone, including himself."

The tone of Bharara's statement, issued in the evening in New York, seemed in marked contrast to an expression of "regret" made earlier in the day by Secretary of State John Kerry in a call to a senior Indian official, as Kerry sought to ease tensions with India over the episode.

Kerry's call to the official, Shivshankar Menon, India's national security adviser, was disclosed by the State Department in a statement.

"As the father of two daughters about the same age as Devyani Khobragade, the secretary empathizes with the sensitivities we are hearing from India about the events that unfolded after Ms. Khobragade's arrest," the State Department said in its statement.

Promoted
Listen to the latest songs, only on JioSaavn.com
"He expressed his regret, as well as his concern, that we not allow this unfortunate public issue to hurt our close and vital relationship with India," it added.

Khobragade's lawyer, Daniel N. Arshack, said Wednesday that his client would be pleading not guilty, that the allegations against her were "false and baseless" and that her diplomatic status protected her from prosecution.
© 2013, The New York Times News Service