The documents reveal that the then Pakistani dictator General Zia-ul Haq and Chinese Vice Premier Deng Xiaoping were successful in extracting this price from the US. 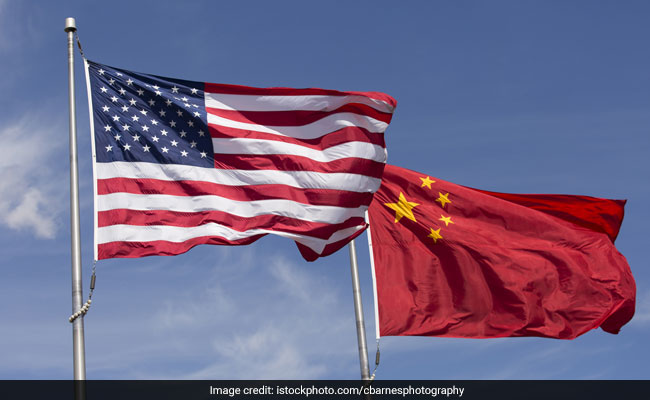 The US acceded to Pakistan's demand to overlook its secretive nuclear weapons programme following the Soviet invasion of Afghanistan in the late 70s after Chinese leader Deng Xiaoping convinced Washington to support Islamabad for the "stability" in South Asia, according to latest declassified State Department documents.

The documents reveal that the then Pakistani dictator General Zia-ul Haq and Chinese Vice Premier Deng Xiaoping were successful in extracting this price from the US in lieu of Islamabad's support to America against the Soviet invasion of Afghanistan.

In addition to the US turning a blind eye to Pakistan's nuclear weapons programme, Deng also convinced the US to start giving more military and financial aid to Pakistan, according to the US Foreign Relations 1977-1980 volume on Afghanistan.

The voluminous document indicates that both Zia and Deng successfully convinced the then Jimmy Carter administration that India under Prime Minister Indira Gandhi would be pro-Soviet.

"There are limits on our ability to aid Pakistan because of their nuclear explosive programme. Although we still object to their doing so, we will now set that aside for the time being, to facilitate strengthening Pakistan against potential Soviet action," the then US Defence Secretary Harold Brown said in a January 8, 1980 meeting with Deng.

The Chinese leader applauded the US decision as he was successfully able to convince the Carter administration on this issue.

"That is a very good approach. Pakistan has its own reasons for developing a nuclear programme. We ourselves oppose the Pakistan effort on nuclear weapons because we believe it is meaningless to spend money on such a programme," he said.

"Pakistan has its own arguments, ie, India has exploded a nuclear device but the world has not seemed to complain about this. So now you have decided to put this aside and solve the question of military and economic aid to Pakistan. We applaud this decision," said Deng, who later emerged as China's top leader.

He also convinced the US to not equate India and Pakistan when it comes to giving aid.

"You may recall that I raised the question of aid to Pakistan with President Carter. He said the US will give aid in proportion to the population of the two countries. I said this was not feasible," Deng told Brown referring to his conversation with Carter.

"The Pakistanis and Indians are afraid of each other. If the population ratio formula should be used, Pakistan will be in an increasingly inferior position. We hope that since the United States decided to give aid to Pakistan, it will really satisfy Pakistan's requirements. We hope your aid to Pakistan will not be affected too much by India's reaction," Deng said.

"With regard to question of South Asia, there is no other way except giving aid to Pakistan. It has always been our view that the US policy giving more attention to India than Pakistan is not an appropriate policy.

"Regarding India, we have always felt that the United States should try to cultivate good relations, and this has had a good effect. But India is not a stabilising factor. Perhaps you already know the general election results," he said.

He was referring to the then just-concluded parliamentary elections in which Indira Gandhi came back to power with a majority.

Observing that Gandhi had got 70 per cent of the vote, Deng said it was very difficult to judge that time how India will go.

"Even if Indira Gandhi should follow India's previous policy; still India is not the most reliable and stabilising factor in southern Asia," he argued.

"Let's not talk about Indira Gandhi. The present government is thinking of recognising the Heng Samrin Regime. Perhaps after Pakistan has been strengthened, India will become a more stabilising factor. What one should try to achieve is to make Pakistan a genuine stabilising factor in South Asia," he said.

"We hope the US will give earnest and sincere thought to this question. If one does not keep this clear in one's mind, then one's attitude toward India will make one vacillate in one's position toward Pakistan.

"In the past the US has refrained from aiding Pakistan. I think in part this is the work of India, probably because of a fear of offending India. Since you now have decided to aid Pakistan, I am sure India will send you one note after another, strongly objecting," Deng said.

Around 10 days before Indira Gandhi was sworn in as the new Prime Minister of India on January 14, 1980, Zia had a meeting with the then US Ambassador to Pakistan in which he successfully bargained for the US to keep an eye off its nuclear weapons programme in lieu of its support for America against the Russian invasion in Afghanistan.

President Carter's statement of January 4 "gives impression that nuclear issue need not be an obstacle and Pakistan needs to know precisely what America proposes to do to help Pakistan," Zia was quoted as saying in a readout of the meeting.

In October, when Zia visited the US, President Carter offered F-16 fighter jets to Pakistan. Zia asked for six more planes in addition to increase in the military aid.

"On another issue, I just want to say that Mrs Gandhi is no friend of Pakistan or the US," he told Carter.