UP Anti-Conversion Law Must Be Struck Down Immediately: Ex-Judge AP Shah

Several provisions of the ordinance strike at the very root of Right to life and liberty guaranteed by Article 25, Justice AP Shah said. 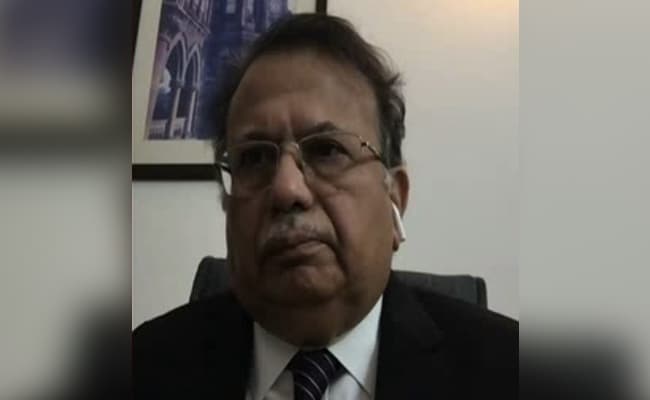 Uttar Pradesh's new anti-conversion ordinance, aimed at curbing cases of "love jihad", reflects the philosophy of a khap panchayat, with the objective essentially being to subjugate women, former Delhi High Court Chief Justice AP Shah has said. The retired judge told NDTV that several of its provisions violate the fundamental right to practice religion, striking at the very root of right to life and liberty guaranteed under the constitution. This ordinance, he said, was capable of great public mischief. The former judge found it difficult to believe it was passed by a government in a country governed by the rule of law and a constitution.

The ordinance, he said, requires a person looking to convert another, to go to a district magistrate who conducts an enquiry. If the conversion is based on allurement, then it is illegal. However, the term allurement itself is defined in a very broad way in this law: a single wedding gift like a wrist watch, a bangle, or say a ring, would amount to an allurement, the former judge said.

"Interestingly, reconversion is not illegal. Even if it is by fraud or force. If a person is converted voluntarily, he might be arrested. If he is forced to reconvert, then there is no culpable offence," he pointed out. "If the victim is a minor or a woman, or a member of the SC/ST, the (jail) term goes up to 10 years. Even if the woman is a professor, say a very educated woman, if she is converted, the sentence is 10 years. If you convert an illiterate male person, the sentence is five years."

This law, he said, was capable of great public mischief. The former judge said he found it difficult to believe it could have been passed by a government in a country ruled by the rule of law and a constitution.

"A version of this was floated in a century-old book by on UN Mukherjee. The Hindu Mahasabha tried to gather support around the idea that Muslim men are waging jihad in India through love marriages," Justice Shah highlighted. "The women are warned against unsuitable outsiders, particularly those who are outside the religion or a lower caste. They were told that they should remain poor, that they might fit the role of the mothers of the nation."

Khap panchayats follow a similar philosophy with the objective of subjugating women, he said. A khap leader, he pointed out, went on so far as to infamously say that "only whores choose their partners."

The ordinance has already taken its toll, according to him, with large-scale arrest of people and stories of separation.

"It is clear that the ordinance must be struck down immediately. And certainly must not be permitted to be enacted into a statute. We need to stop the destruction of these freedoms guaranteed by the constitution. This can be done only by the judiciary," he said.

He cited a recent Allahabad high court ruling that held that marriage was a matter of choice and that every adult woman had the fundamental right to choose her partner, even if such a decision encourages other important decisions, including a change of religion. The High Court had overruled its own earlier judgment of a single-judge which said that conversion was valid only when predicated on a change of heart or honest conviction.

The Uttar Pradesh ordinance has borrowed lines from the single-judge ruling which is no longer valid, justice Shah pointed out.

"My worry is this. Hadia's was an individual case…The Supreme Court may not be as proactive when it comes to the larger question of…the ordinance. They might just end up sitting on the issue when it comes before the court. They have done it in other cases," he said.

"I believe this ordinance does four things. It reinforces the idea of a patriarchal society. Patriarchy and men would feel threatened as women get liberated. Secondly, it pursues a regressive agenda. It demands that individual autonomy and free will be subjugated to communal purposes. And, of course, those community purposes will be defined by a few individuals who know the best for the nation. Thirdly, and most importantly, and here it is troubling me the most, it denies agency to half our adult members of the country. Besides minors, it specifically identifies women and members of SC and ST as vulnerable individuals. Clearly, it means that a woman cannot think for herself, however educated, accomplished or experienced she might be. The attitude is clearly chauvinistic," he said.

Fix Goals For Next 25 Years: PM Modi To BJP Leaders