"No, we don't have anything scheduled on Kashmir," Karen Pierce said Friday during a press conference at the United Nations. 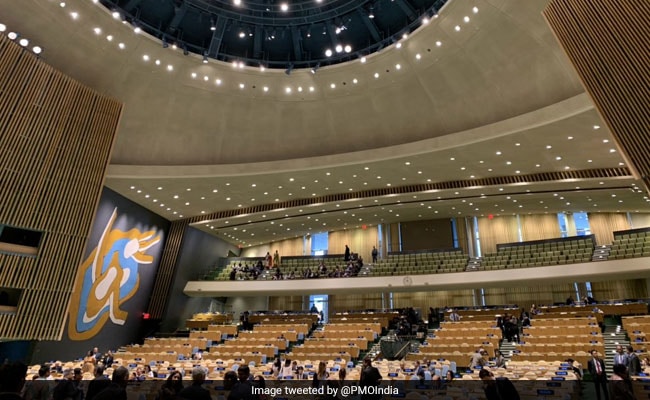 The UNSC had in August held closed consultations on India's move on Jammu and Kashmir.

The UN Security Council will not be discussing the issue of Kashmir this month, Karen Pierce, Permanent Representative of the UK to the UN and President of the Security Council for November has said, underlining that there are a lot of issues going on in the world.

Ms Pierce added that "there are a lot of issues going on in the world and each month Presidency picks a few that are not routinely scheduled as part of the rhythm of the Security Council's business.

After Pakistan and China sought a meeting on Kashmir, the Security Council had in August held closed consultations to discuss India ending the special status of Jammu and Kashmir. China asked for "closed consultations" on the matter after Pakistan, Beijing's closest ally, wrote a letter on the issue to the world body.

The consultations had ended without any outcome or statement from the powerful UN organ, dealing a huge snub to Pakistan's efforts to internationalise the Kashmir issue, which an overwhelming majority in the Council stressed is a bilateral matter between New Delhi and Islamabad.

India has also made it clear that Kashmir is a bilateral issue with Pakistan and ruled out any scope for third party mediation.