"We Have Failed As Nation, I Am Ashamed": Gautam Gambhir On Unnao Case

BJP MP Gautam Gambhir said that all should take responsibility across party lines and not politicise rape incidents. 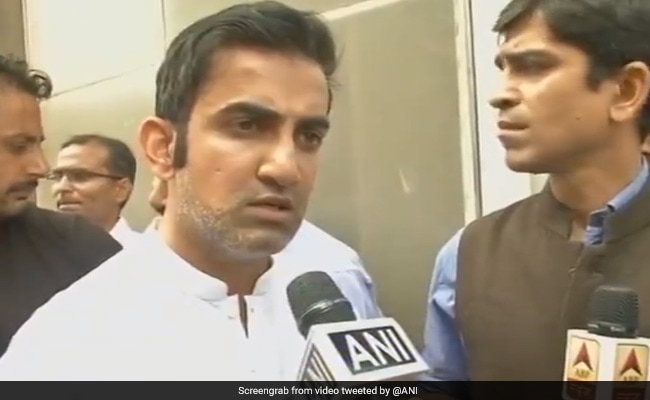 In Unnao rape case, Gautam Gambhir said it is disheartening that we have failed to save her.

BJP MP Gautam Gambhir on Saturday expressed grief over the death of Unnao woman who was set on fire by her alleged rapists and said "it is very disheartening that today we all have failed as a nation."

"Today I feel ashamed as an Indian as we failed a woman, who was first raped then burned brutally by the accused. It is disheartening that we as a nation have failed to save her," Mr Gambhir was quoted as saying by news agency ANI.

He said that all should take responsibility across party lines and not politicise rape incidents.

Urging political parties to stand together in support of rape survivors, he said, "All I want to request is that at least in the rape cases, we should not politicise. It is very hard to feel the pain of the woman's family. The nation belongs to both men and women. We have to stop a situation where women feel unsafe after sunset."

"I want this country for women as much as for men. They have contributed a lot to the building of the nation. There is a need to change the mindsets and not the dressing style of women," he said.

The cricketer-turned-politician also said that strict laws should be implemented and the judicial system should be changed.

He added that children should be educated and there is also a need for behavioural change.

When asked about the delay in giving punishment to the rape accused, he said, "Hanging should be made legal in rape cases. The accused should be punished within a month."

The woman had suffered 90 per cent burn injuries after five men, including the two men alleged of raping her, attacked her on Thursday morning while she was on her way for a court hearing in the rape case. She died of a cardiac arrest at Delhi's Safdarjung Hospital late last night, where she had been airlifted a day earlier. The main accused in the case had just been released on bail a week earlier.