Special Police Officer Umar Mushtaq, who works for a meagre salary of Rs 6,000 a month, returned a bag containing Rs 90,000 cash to its rightful owner. 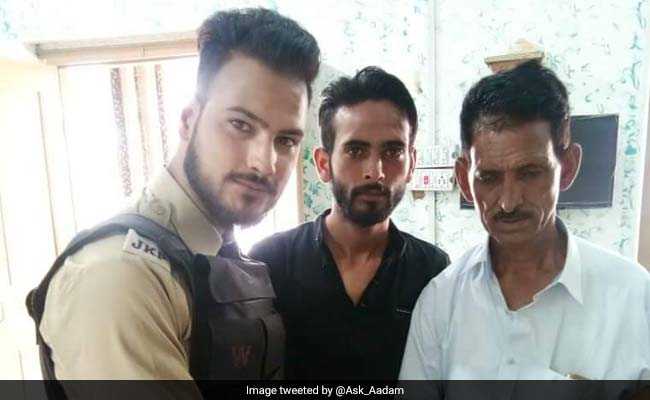 Umar Mushtaq returned Rs 90,000 to the rightful owner and a constable returned Rs 21,000 cash to another

The internet has been left buzzing with two tales of honesty of Jammu and Kashmir policemen after a special police officer and a constable returned two lost bags with huge cash to their rightful owners.

Special Police Officer Umar Mushtaq, who works for a meagre salary of Rs 6,000 a month, returned a bag containing Rs 90,000 cash to its rightful owner in Srinagar yesterday.

"Honesty is ingrained here as an organisational value. SPO Umar Mushtaq posted at Qamarwari today returned a bag containing Rs 90,000 cash to its rightful owner Abdul Aziz Malla of Palpora (Noorbagh)," Kashmir Zone Police said in a tweet, which was used and shared by numerous 'twiteratis.'

Mr Malla, who had recently retired from Srinagar Municipal Corporation, had lost the bag containing his retirement savings and had lodged a report in the concerned police station.

The SPO, who found the bag, informed his superior officer who, in turn, ensured that it is returned to its owner after proper verification.

"Honesty is the rarest wealth anyone can possess. Hats off to Umar Mushtaq of @JmuKmrPolice who found a bag containing Rs 90k at Qamarwari (Srinagar) and then returned it to owner Abdul Aziz Malla, a former employee of SMC. It was his superannuation savings," a twitter user wrote.

The police department also posted about another incident in which a constable returned a bag containing valuables and Rs 21,000 cash to an Amarnath pilgrim.

"Sg.ct Farooq Ahmad, operator with Principal PTS Manigam, handing over a bag Containing some valuables and Rs 21,000 cash to Venketesavar Rao R/O district Guntur Tamil Nadu. The couple had lost the bag in Manigam base camp while returning back from Amarnath Yatra," the police tweeted.