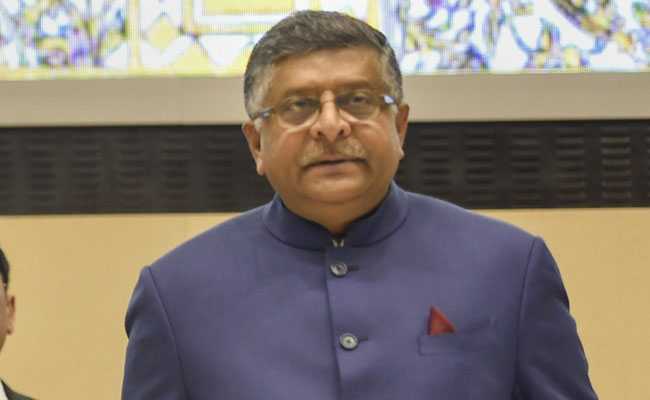 Union minister Ravi Shankar Prasad said on Saturday that the 'Digital India' programme was politics-neutral, centre-state-neutral and ideology-neutral, while adding that the country is marching towards becoming a trillion dollar digital economy in the next two to three years due to a large-scale adoption of digital technology.

Addressing the 91st Annual General Meeting of FICCI yesterdaythe union minister stated that the 'Digital India' was transformative, designed to empower the citizens, bring about digital inclusiveness and bridge the rural-urban divide.

"The reliance was on low-cost technology as evidenced by the spread of digital identity through 'Aadhar' which supplements the physical identity of the people," the minister said.

He said that the 'New India' envisioned by the Prime Minister Narendra Modi-led government marks a tectonic shift in thinking. "It is an inspiration to think big. Unless you think big, you can't achieve modest success," he added.

He stated that the boost in the number of smartphones, component manufacturing factories and optical fibre network were some examples of the adoption of digital technology in the country.

The minister further said that the fundamental philosophy behind the success of the "digital transformation was IT+IT=IT (India Talent+ Information Technology= India Tomorrow)."

Concluding his speech, Mr Prasad said that India missed the industrial revolution due to historical reasons; it missed the entrepreneurial revolution owing to the licence-permit-quota raj. "We don't want to miss the digital revolution which is designed to transform India," he added.