Minister for Jal Shakti Gajendra Singh Shekhawat said during the question hour that the Government has taken up various interventions to ensure cleaning of the river at the earliest in a sustainable manner. 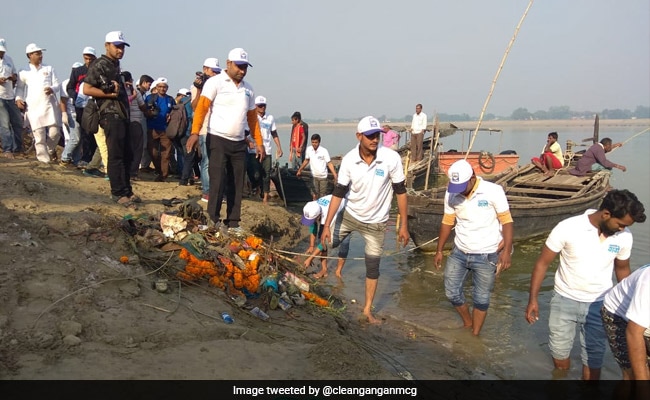 The Clean Ganga drive is a continuous process and the government has sanctioned 298 projects of over Rs 28,000 crore under the plan, the Rajya Sabha was informed today.

Minister for Jal Shakti Gajendra Singh Shekhawat said during the question hour that the Government has taken up various interventions to ensure cleaning of the river at the earliest in a sustainable manner.

He said 98 projects have been made operational while remaining are at different stages of implementation.

The Minister said the initiatives include 100 per cent funding under central sector scheme and dedicated allocation to ensure adequate finances to take up comprehensive interventions. He said 150 Sewerage infrastructure projects have been taken up with a sanctioned cost of Rs 23,130.95 crore for creation of new sewage treatment capacity of 3729.92 MLD, rehabilitation of 1114.39 MLD sewage treatment capacity and laying of around 4972.35 KM sewerage network.

As on May 2019, he said, 43 of these projects have been completed resulting in creation of 575.84 MLD of Sewage Treatment capacity and laying of 2645.6 KM sewage network. "Cleaning of river is a continuous process and the Government of India is supplementing the efforts of the State Governments in addressing the challenges of pollution of river Ganga by providing financial and technical assistance," he said.

Mr Shekhawat said the ''Namami Gange'' programmme is an integrated umbrella programme to ensure effective abatement of pollution and conservation of river Ganga by adopting a river basin approach for comprehensive planning and management.

This integrated mission has been provided with an overall allocation of Rs 20,000 crore for the period from FY 2014-15 till december 31, 2020, he told the members. The minister further informed that under Namami Gange Programme, diverse set of interventions for cleaning and rejuvenation of river Ganga have been taken up. This includes pollution abatement activities including sewage management, industrial effluent management, solid waste management, River Front Management, Aviral Dhara, Rural Sanitation, Afforestation, Biodiversity Conservation and Public Participation.

The minister also said that effective interventions, under the basin-approach, have been made for pollution abatement efforts for various polluted stretches of the key tributaries of river Ganga such as Yamuna, Ramganga, Kali, Gomti, Saryu, Gandak and Ghaghara.

He said all 4465 Ganga villages have been made Open Defecation Free (ODF) and recycling and reuse of treated waste water is being promoted.

The Minister said among other steps taken include river surface cleaning activities through trash skimmers and projects for cleaning of ghats.

The minister said work on 103 ghats and 29 crematoria have been completed and environmental flows have been notified on October 9, 2018, mandating a minimum level of flow for Ganga in Uttarakhand and upto Unnao in Uttar Pradesh.

The minister said the cleaning of River Ganga was experienced by pilgrims during the Ardh Kumbh in Prayagraja.