Abhinandan Varthaman's moustache had become a rage in the last few months and inspired many men across the country. 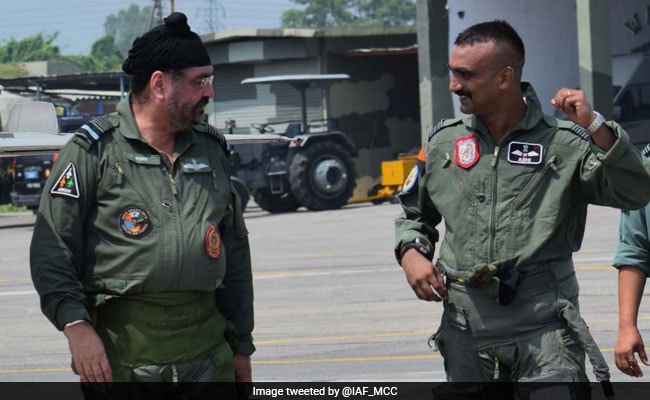 Wing Commander Abhinandan Varthaman, who emerged a national hero earlier this year after an aerial combat between India and Pakistan in February, flew a MiG-21 with Air Chief Marshal BS Dhanoa today.

The 30-minute sortie came nearly six months after Abhinandan Varthaman shot down a Pakistani F-16 fighter jet during the dogfight between India and Pakistan on February 27. Captured by Pakistani forces during the aerial combat near the Line of Control, he returned to India three days later, on March 1.

Reacting to the visuals of the two officers flying a two-seater version of the Russian-origin legacy jet, social media users said they were missing Abhinandan Varthaman's signature gunslinger moustache.

"The handlebar is gone. But, the style and smile remain," a user wrote on the micro-blogging site.

He is back on duty.. missing that Moustache ❤️#AbhinandanVarthamanpic.twitter.com/FTOSJbSIoE

"Sad to see that he has trimmed his iconic moustache," another user tweeted.

Abhinandan Varthaman, who spent nearly 60 hours in Pakistan's custody after his MiG-21 Bison was shot down by Pakistan Air Force F-16s in February, was awarded the Vir Chakra gallantry medal on Independence Day. He resumed his flying operations on August 23.

His signature moustache had become a rage in the last few months and inspired many men across the country to emulate the style sense.