Union HRD Ministry had appointed the senior most professor of Botany as the acting VC in early September after Vijaykumar Laxmikantrao Dharurkar was removed on alleged corruption charges. 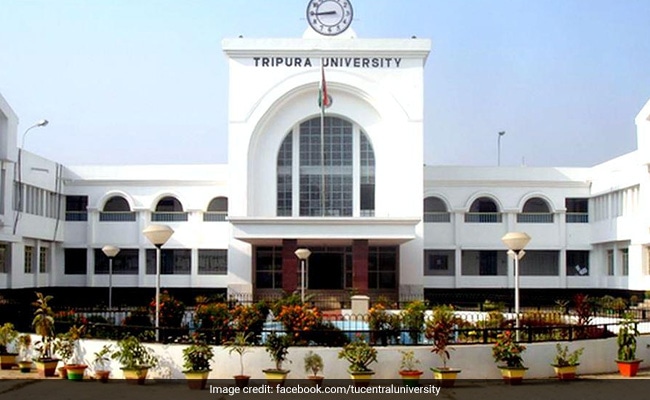 Tripura University, set up in 1987 by the state government,became a central university in 2007

Tripura's only central university is facing a major crisis as vital positions including that of Vice-Chancellor (VC) and Registrar are lying vacant, an official said on Monday.

The Union Ministry of Human Resource Development had removed Tripura University (Central) Vice-Chancellor Professor Vijaykumar Laxmikantrao Dharurkar on alleged "corruption charges" and appointed the senior most professor of the Botany department Sangram Sinha as the acting VC in early September.

"Mr Sinha in a letter to the authorities last week sought voluntary retirement on medical grounds. He was due to retire in December next year," a top Tripura University official told news agency IANS on condition of anonymity.

Finance Officer Uttam Kumar Das will also retire in the next two months.

Mr Das was also caught up in a controversy about his scheduled caste status as the Tripura government found his Scheduled Caste certificate to be a "fake".

"The junior officials are managing the day-to-day routine work of the Registrar, Controller of Examinations and Director of College Development Council, but they are unable to take important decisions on academic, administrative and policy matters," the official added.

The acting Registrar of the University, Sukanta Banik, had in a statement strongly denied the allegations of corruption against Mr Dharurkar, who before leaving Tripura for his home state Maharashtra, had refused to talk to the media about the accusations reported by the local media.

Tripura University was set up in 1987 by the Tripura government and became a central university in 2007. It has some students from Bangladesh also.

The President of India is the Visitor and the Tripura Governor is the Chief Rector of the University.