The Vice Chancellor of Tripura University resigned after getting caught on camera allegedly accepting bribes from a Kolkata-based printing firm in exchange for the award of a contract worth Rs 60 lakh. The video, filmed by local news channel News Vanguard as part of a sting titled Operation White Collar and shared with NDTV, appears to show the Vice Chancellor, VL Dharukar, negotiating a bribe of 10 per cent of the contract.

Sources further added that after the sting operation video went viral, the Human Resource Ministry had asked the Vice Chancellor to put in his papers.

A second video - there are three in total - shows the exchange of what appear to be large bundles of currency notes from one bag to another.

NDTV cannot independently confirm that the videos are, in fact, genuine. Attempts to contact the Vice Chancellor for comments have, so far, been unsuccessful.

VL Dharukar, a professor of Mass Communication and Journalism, is from Aurangabad and was earlier a department head at Marathwada University in Maharashtra. 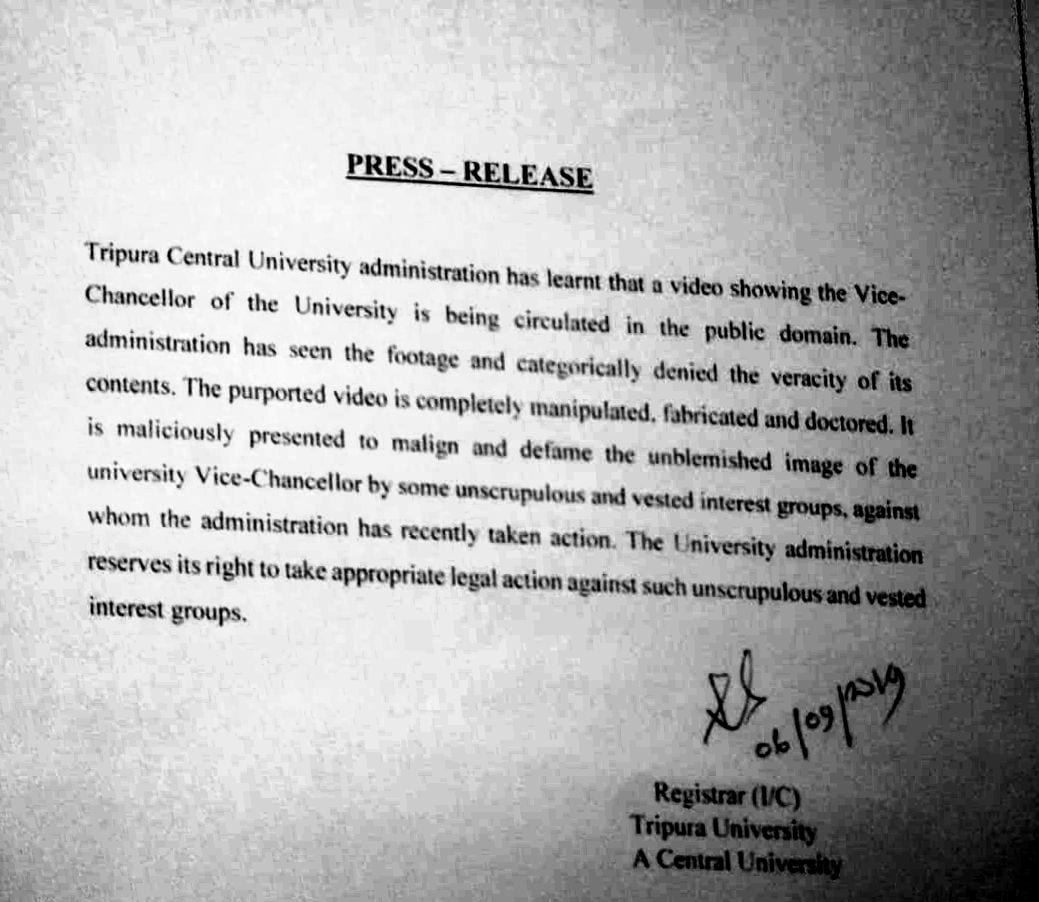 Tripura University has denied all allegations of bribery and corruption

He was appointed to his current post in July last year, a position seen by many as a reward from the Narendra Modi government for his proximity to the RSS; Mr Dharukar was also an active member of the Akhil Bharatiya Vidyarthi Parishad (ABVP), a student organisation associated with the RSS.

The National Students' Union of India (NSUI), a student organisation affiliated to the Congress, has demanded the Tripura government initiate a suo moto probe and arrest the Vice Chancellor.

This is not the first time VL Dharukar has faced controversy.

Soon after he was appointed Vice Chancellor, he was criticised for hoisting the ABVP flag at a campus event. He defended his action by claiming the ABVP is a cultural organisation.