The Trinamool leadership is also uneasy as it comes on a day when party chief and state Chief Minister Mamata Banerjee was visiting the district. 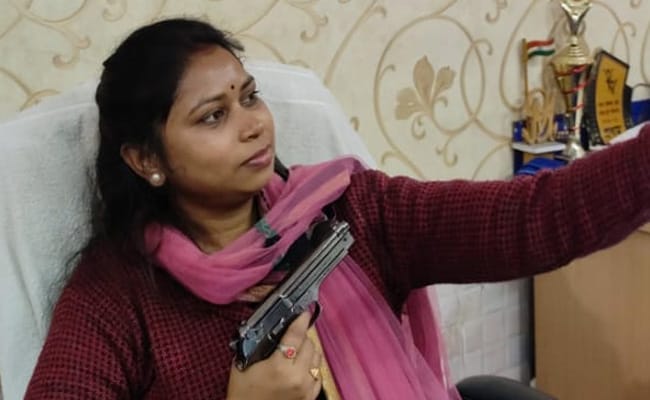 Mrinalini Mandal Maity has repeatedly been involved in controversies.

The BJP has accused the Trinamool Congress of encouraging a culture of violence after a senior Trinamool district leader's picture with a firearm inside a government office went viral. The TMC has also slammed the leader and called for an investigation to determine whether the gun was real or a toy. Mrinalini Mandal Maity, chairman of the Old Malda Panchayat Samiti and a senior leader of TMC's Mahila Mandal in Malda district, can be seen posing with a firearm while seated on the government official's chair at the BDO office.

"It is Trinamool's culture. If a police investigation is done, they will find more than just pistols. They will find guns, bombs, and even AK-47s with these people. I'm sure Mamata Banerjee has seen the picture too but she will not take any action," BJP Malda District President Gobinda Chandra Mandal said.

The Trinamool leadership is also uneasy as it comes on a day when party chief and state Chief Minister Mamata Banerjee was visiting the district. Trinamool Congress state General Secretary Krishnendu Narayan Choudhury said he feels that it's a real gun but the police should investigate the incident. "This is doing damage to the leader's image," he said.

Ms Maity has repeatedly been involved in controversies. Several allegations have been leveled against her husband, including beating up a government employee.

Ms Maity was contacted for a response in the matter but she declined to comment.