Trinamool Congress secretary general and West Bengal Education Minister Partha Chatterjee said the party will observe "black day" in every block and district of the state on Saturday and Sunday. 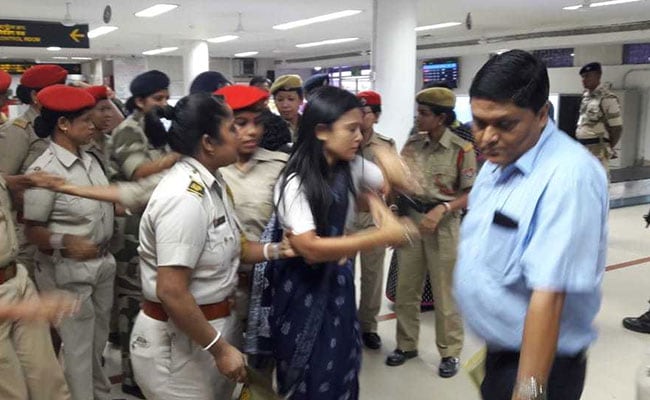 The Trinamool Congress (TMC) will observe "black day" throughout West Bengal on August 4 and 5 to protest against the detention and "manhandling" of its leaders at the Silchar airport in Assam yesterday, a senior party leader said today.

TMC secretary general and West Bengal Education Minister Partha Chatterjee said the party will observe "black day" in every block and district of the state on Saturday and Sunday.

"We condemn the way the public representatives were manhandled and detained by the Assam police at the Silchar airport. They being MPs had every right to visit a place, but all rules were violated and our party delegation was stopped. This is shameful," he told reporters in Kolkata.

An eight-member TMC delegation comprising six MPs, an MLA and a state minister was stopped at the Silchar airport when its members tried to enter Assam's Cachar district to assess the ground reality after the final draft of the National Register of Citizens (NRC) was published in the north-eastern state on Monday.

"The way our MPs were stopped only proves that the BJP is trying to hide something. We will fight till the end and expose them," Mr Chatterjee said.

The TMC top brass has asked the party's district units to organise protest rallies in various parts of the state and wear black badges on Saturday and Sunday.

The BJP, however, accused the ruling party in West Bengal of attempting to disturb the peace and stability in Assam.

"The TMC is trying to put national security at stake and gain political mileage out of it. Who had asked the TMC leaders to visit Assam? Why did they go there? Their intention is to disturb peace and stability," BJP state general secretary Sayantan Basu said.

TMC chief and West Bengal Chief Minister Mamata Banerjee had yesterday alleged that the members of her party's delegation, including women, were manhandled at the Silchar airport and accused the BJP of imposing a "super emergency" in the country.