Tight Security In Place For PM Modi's Visit To Karnataka

The Special Protection Group officials had a meeting with state government officials, especially the police regarding the security arrangements. 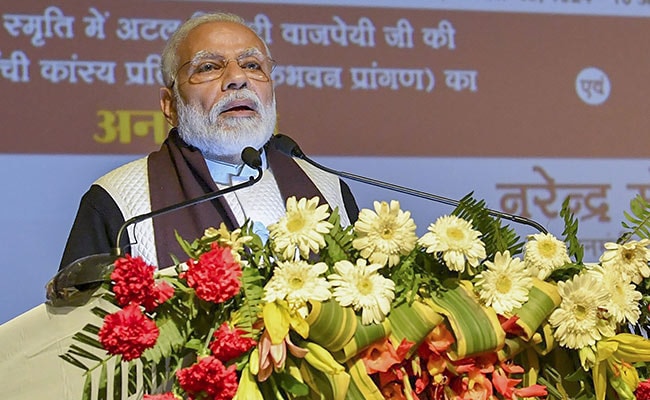 Elaborate security arrangements have been made in view of Prime Minister Narendra Modi's two-day visit to Karnataka on January 2 and 3, officials said.

The Special Protection Group officials had a meeting with state government officials, especially the police regarding the security arrangements.

During his stay in Tumakuru, drones will not be allowed and anybody violating the direction will face stringent action, said a notification issued by Deputy Commissioner of the district Dr Rakesh Kumar.

According to the tour itinerary, the Prime Minister will reach Bengaluru on January 2 and fly to Tumakuru by a helicopter to visit Sri Siddaganga Math.

PM Modi will later take part in the Krishi Karman Awards function at the Junior College grounds where he will address a gathering and distribute fishing equipment, a government press release said.

The same evening he will return to Bengaluru to visit the Defence Research and Development Organisation. He will stay at the Raj Bhavan.

The next day, the Prime Minister will inaugurate the 107th Indian Science Congress at the Gandhi Krishi Vignana Kendra Campus at the University of Agricultural Sciences in Bengaluru, before flying to New Delhi in the afternoon.

To oversee the arrangements, Chief Minister BS Yediyurappa visited Tumakuru on Tuesday and held a meeting with officials.

Speaking to reporters later, Mr Yediyurappa said PM Modi will reach Siddaganga Math at 2.15 p.m where he will pay his obeisance to the seer there.

"Later, he will take part in the Krishi Karman and Krishi Samman Awards function which about 1.5 lakh people are likely to attend. He is going to give awards to 28 progressive farmers from 21 states," said the Chief Minister.