Tiger Numbers Up, But the Black Tiger of Odisha on Verge of Extinction 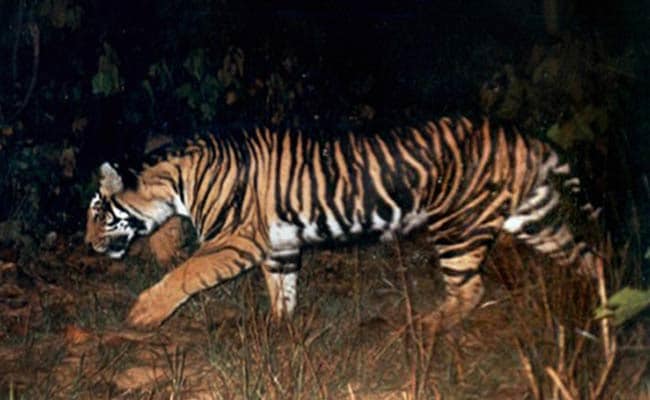 In all the roars and cheers over the upswing in tiger numbers, the story of Odisha's black tiger has got a little lost. The melanistic tiger - a rare gene pool on which the black stripes are far more prominent than the Royal Bengal Tiger's - are found only in Odisha. And their numbers are sliding fast.

From 45 black tigers in 2006, Odisha's Simlipal and Satakosia reserves today have only 28. Four years ago, when the last count was done, the figure was 32. That's one tiger dying per year.

Wildlife experts say the problem is poaching, not of the big cats, but of their prey, the deer. Camera traps put by researchers to photograph tigers for the count, have caught poachers instead. In 2012, seven tribal poachers were found in the core area.

But the forest department denies that poaching is a problem and insists it is a case of man-animal conflict. The human population is growing, shrinking space for tigers. The absence of a disturbance-free breeding area is adding to the declining numbers.

"There has been no poaching case in the last few years," claimed SS Srivastav, the chief wildlife warden. "Negative effects like population and human habitat are the reasons for decrease in number."

But wildlife expert Biswajit Mohanty said the officials do not get to know about the poaching as there is "no evidence".

Promoted
Listen to the latest songs, only on JioSaavn.com
The state government, he said, should launch a high-level inquiry. "Where is the money earmarked for conservation of tigers going?"

The conservation of the Royal Bengal tiger has proved a success across India. The country has been found to be home to 70 per cent of the world's tigers. The new figure, 2,226, is a 60% rise from the figure of 2006.