UP Woman Left Home For Protection, Should Be Kept In Delhi: Supreme Court 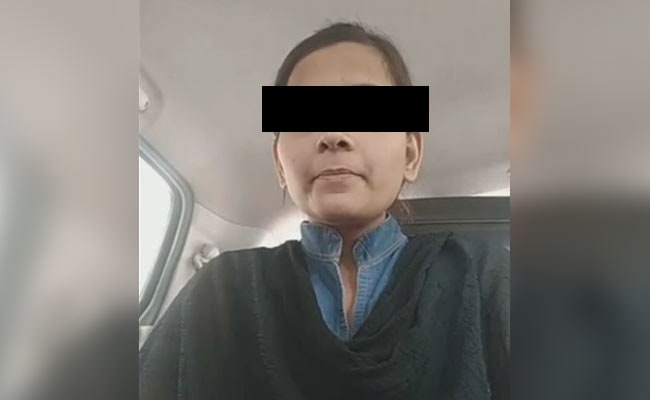 An Uttar Pradesh law student, said to have been found in Rajasthan nearly a week after she went missing, will be kept under protection in Delhi and her parents should be brought in to meet her, the Supreme Court said today. The 23-year-old was brought to the court after two judges said they wanted to speak to her. A BJP leader and former Union Minister, Chinmayanand, had been accused by the young woman's parents of kidnapping her.

Justices R Banumathi and AS Bopanna spoke with the woman in closed court before continuing the hearing well past the usual 4 pm deadline. Later, the judges announced that the woman was to be provided safe and comfortable accommodation by the court registry. The Delhi Police, and not the Uttar Pradesh Police, has been asked to bring her parents to the capital.

"She left her place with college friends for her protection. She doesn't want to go back to UP till she meets her parents. She stated that she will decide her future course of plan after meeting them," the judges said, adding that they will hear the case again on Monday.

The judges said there will be no restrictions on the woman but no one will be allowed to meet her till she sees her parents.

Earlier, asking the UP government to give the information "within five minutes", the Supreme Court had said, "Find out her exact location now. How much time will she take to be present in court."

Replying to the top court, the state government said the "exact location" of the woman was near Fatehpur Sikri and it would take her two and a half hours to reach Delhi. She was "safe", the government added.

The Supreme Court decided on Thursday to take up the case on its own after a group of lawyers raised concerns that it could turn into the another "Unnao" - the case involving Kuldeep Singh Sengar, an MLA expelled only recently from the BJP amid outrage, he is accused of raping a minor girl from his village in 2017 and then trying to murder her in a car crash.

"Only the police are making the statement but she has not been seen on TV," said the lawyers, saying they still feared for the woman's safety.

Chinmayananda's lawyer called the allegations against him a "conspiracy".

The woman, a law student, went missing on Saturday after posting a video on Facebook alleging that a "big leader of the Sant Samaj" had "destroyed the lives of many other girls and also has threatened to kill me". She requested Chief Minister Yogi Adityanath and Prime Minister Narendra Modi to help her.

Based on her video, which went viral, her father blamed Chinmayanand, a former union minister who heads the management of the college where the woman studies.

The police filed the family's case only on Tuesday, three days after she went missing, and charged Chinmayanand with kidnapping and criminal intimidation.

His lawyer asserted that the allegations were false and an attempt to extort the politician.