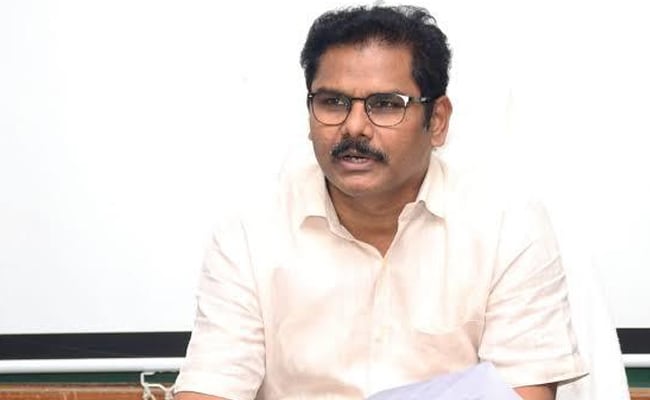 Five people, including a Telangana Additional Collector and Revenue Divisional Officer, were arrested and sent to jail on Wednesday after the Anti-Corruption Bureau (ACB) raided 12 properties based on a telephonic conversation in which the officer demanded Rs 1.12 crore cash as bribe for land registration.

According to the audio clip, which the NDTV has access to, Medak district's Additional Collector Gaddam Nagesh, 52, reportedly sought a bribe at a rate of Rs One lakh per acre to issue a no-objection certificate to the complainant Linga Murthy for 112 acres of land.

Additional Collector Gaddam Nagesh, who rose through the ranks from a tehsildar, reportedly demanded Rs 1.12 crore in cash or property of equal value. In the recorded conversation, Nagesh can be heard saying Rs70 lakh was due in cash.

According to the ACB, Nagesh took Rs 40 lakh in cash and eight blank cheques, as surety pending registration, from the complainant and forced Linga Murthy to get a sale agreement deed for five acres in the name of his proxy (benami), now identified as Jeevan Goud.

The ACB sleuths have seized Rs 1 lakh in cash and eight blank cheques during their raids.

The raid comes close on heels of the sensational seizure of Rs One crore cash, as bribe money, from Keesara Mandal Revenue Officer Balaraju Nagaraju.

A few days later, the Telangana ACB also seized 1.5 kg gold ornaments, worth Rs 57.6 lakh, from a bank locker in the name of his relative GJ Narender. However, the keys to this locker were recovered from Nagaraju's house during the raid.

The ACB has been carrying out surprise checks across the state.

In the backdrop is the Telangana government's decision to stop all land registrations across the state until its new Revenue Act comes into effect. The bill, which proposes changes to check corruption among revenue officials, has been approved by the cabinet and has been tabled before the assembly which is in session.