The boy's mother, a resident of North Dinajpur district, confirmed the two were known to each other as they were both class 10 students who just passed their board exams. 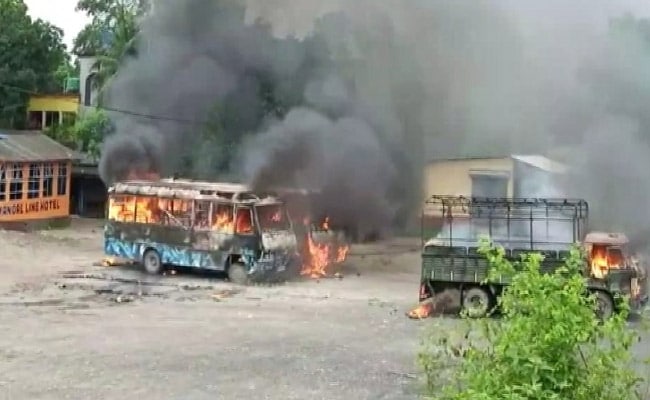 The controversy over the death of a 16-year-old girl in north Bengal.

The controversy over the death of a 16-year-old girl in north Bengal that led to violent clashes between people of her village and the police on Sunday took an unexpected turn on Monday after the police fished out the body of a youth from a pond, not far from where the girl's body was found.

The boy's mother, a resident of North Dinajpur district, confirmed the two were known to each other as they were both class 10 students who just passed their board exams.

She denied they were in a relationship but blamed the girl's family for her son's death. The girl's father, in his police complaint, had named the boy and accused him of masterminding her alleged gangrape and murder.

The police, which had said on Sunday that the girl's postmorten report did not indicate any assault and that her death was due to poison, tweeted on Monday evening to confirm that the body of the youth had been found in a pond near the place of occurrence of the girl's death.

"Police is investigating both the cases and looking into all possible aspects of the incident including social ostracism, parental pressure and role played by some persons in hiding, misleading and diverting the attention from the actual incident," West Bengal Police tweeted.

Sensing tensions could take a turn for the worse, senior Trinamool leaders rushed to the village where the two deaths had taken place.

They met families of both girl and boy and assured them justice.

BJP leaders and party workers had reached the Islampur hospital on Monday morning where the post-mortem was conducted. They said the girl's uncle was a member of the party and wanted to escort the girl's body home but were dissuaded by police.

"The body of a young man has been found there this morning. Tensions are high. We urge you not to go," a senior policeman told BJP leader Raju Banerjee and party MP Nisith Pramanik. The police arranged a hearse to send the girl's body home.

"We don't know anything about the body of a youth found in the village," said Raju Banerjee, general secretary, BJP Bengal. "All we had wanted is justice for the girl and punishment for culprits responsible. Who knows what story Mamata Banerjee and her police will now spin," he added.

Scores of people had gathered at the spot where the boy's body was found. Police had to disperse the crowd before they could retrieve the body. The girl's body was cremated at another location. Trinamool politicians arrived at the village after the cremation. A large number of people gathered at both the boy's house and the girls during their interaction with the families.