"NewsClick has cooperated with the investigations by the Enforcement Directorate and Economic Offences Wing," NewsClick editor in chief Prabir Purkayastha said in a statement 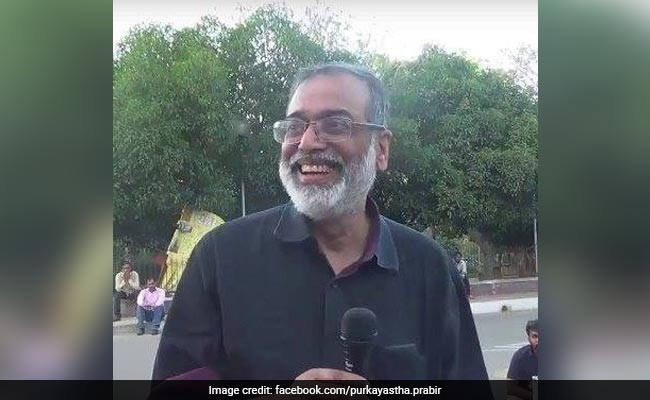 The website NewsClick has given a statement a day after income tax officers spent over 12 hours at its office over alleged tax evasion.

"This is not the first time NewsClick has been targeted by government agencies. The offices of NewsClick, as well as the residences of Prabir Purkayastha and other persons associated with us, were also raided earlier this year by the Enforcement Directorate," the company said in the statement signed by its editor-in-chief Prabir Purkayastha.

"NewsClick has cooperated with the investigations by the Enforcement Directorate and Economic Offences Wing, and handed over all the documents they have asked for from time to time. Income tax officials interrogated Prabir and Pranjal in June, and again, NewsClick provided the necessary documents.

"The raid yesterday appears to relate to the same false and unfounded allegations being investigated by the Enforcement Directorate and the Economic Offences Wing, Delhi Police. We have these allegations challenged in the courts," Mr Purkayastha said in the statement.

"These investigations by various agencies, and these selective allegations, are attempts to stifle the independent journalism of media organisations - including NewsClick. The Constitution of India under Article 19(1)(a) guarantees the right to freedom of speech and expression, a right central to our work," he said.

Another website, Newslaundry, was also "surveyed" by tax officials yesterday. Its co-founder Abhinandan Sekhri told NDTV he was not allowed to call his lawyer or accountant during the "survey".

Earlier today, Mr Sekhri posted a formal statement on Twitter, in which he said he had been told "... the law requires me to comply without seeking legal advice".

Thanks again for your support. My statement is below. You can support us herehttps://t.co/lefMXTG3xw
Please spread the message. ???????? pic.twitter.com/YCDni2AIKi

According to the Income Tax Act, a "survey" is restricted to the business premises and office hours. Account books and inventories can be examined but cannot be seized. Newslaundry's offices were surveyed in June and it is unclear what prompted a second visit from the 'taxman' within a few months.