The Supreme Court, for the second time in a week, on Wednesday discussed the government's decisions to distribute vaccines as the country fights a fresh wave of Covid. 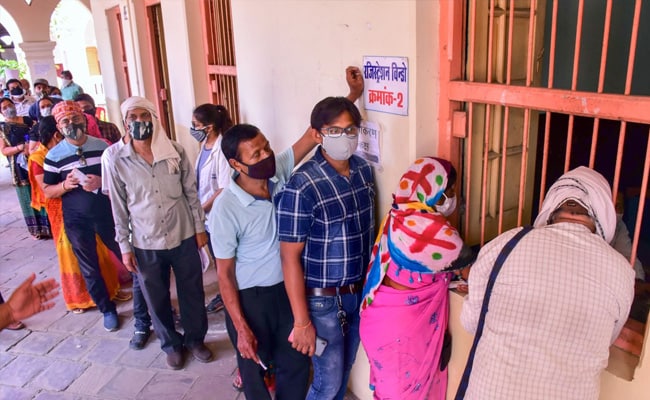 Only four per cent of the country's rural households and 23 per cent of urban households have computers, according to a national survey, the Supreme Court has said, expressing concern over the centre's vaccine policy while highlighting the gaping digital divide in India.

"There is a digital divide between urban and rural households. Vaccination policy relying on a digital portal would be unable to meet (the) target," the top court said in an order dated May 31, referring to CoWin, the government's online platform for vaccine registration.

"Marginalised sections of the society will bear the brunt of this digital divide and it will have serious implications on (the) fundamental right to equality," it further added. The order was made available on Wednesday.

The top court, for the second time in a week, on Wednesday discussed the government's decisions to distribute vaccines as the country fights a fresh wave of Covid. Days after the centre declared an ambitious goal of vaccinating all eligible people by the end of this year, the Supreme Court sought a roadmap of the plan on Wednesday.

Slamming the centre, the top court said the policy of giving free vaccination to the 45-plus age group in the first two phases of vaccination and having a paid system for those below, is "prima facie arbitrary and irrational".

"Villagers can go to computer centres and register... and they will be vaccinated. Is this really practical?" the court had asked, and also pointed out that migrant workers travelling from one state to another were unlikely to have even that level of access.