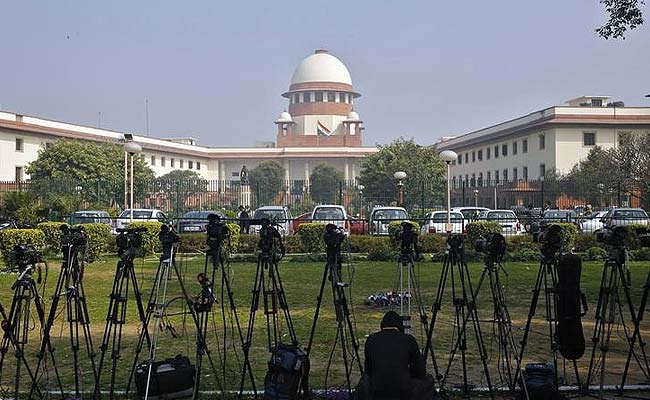 The Supreme Court has set up committees to take inventory of the Padmanabhaswamy temple treasures.

The Supreme Court hearing on the maintenance and opening of secret vaults of Kerala's Padmanabhaswamy temple witnessed a slanging match today between Amicus Curiae Gopal Subramanium and the erstwhile Travancore royals' lawyer KK Venugopal. The judges had to step in to calm down the two senior lawyers.

Mr Venugopal accused Mr Subramanium of damaging the reputation of the royal family - which maintains the temple -- in his report and alleged that he interfered with the temple rituals.

Mr Subramanium, he said, wanted the royals to cede control of the temple and so he gave interviews to news channels and foreign media, tarnishing the image of the family.

He also said Mr Subramanium used to chant Vishnu Sahasranama slokas (verses in praise of Lord Vishnu) on the temple premises in a loud voice. The priests had objected to it because the deity is in a perpetual yogneedra (sleep). He had even forced the temple authorities to recite Suprabhatam (verses to wake up deity) - which is not also not allowed in the temple for the same reason, Mr Venugopal said.

Mr Subramanium objected, saying chanting slokas was not against rituals.

At this point, the judges stepped in, saying, "Now, this is becoming more a religious debate than a legal debate."

Mr Subramanium said he wanted to quit assisting the court in the case because of the accusations. But the court refused to allow him to do so, saying, "You have done so much work. If you leave, it will give an impression that you have been hounded out."

Mr Venugopal interrupted Mr Subramanium and the court then had to ask him to calm down.

Promoted
Listen to the latest songs, only on JioSaavn.com
Later, Mr Venugopal told the court that in his long career, he had never lost temper but he did so on this occasion because of the accusations of theft against the royal family.

The court has set up committees to take inventory of the temple treasures stored in six secret vaults. But the vault B hadn't been opened yet. The priests and the erstwhile royals have opposed it, citing the common belief that it would bring destruction.