"The Supreme Court's decision is a stamp on the prevailing jungle raj in Uttar Pradesh and the state government's failure," Priyanka Gandhi said in a tweet in Hindi. 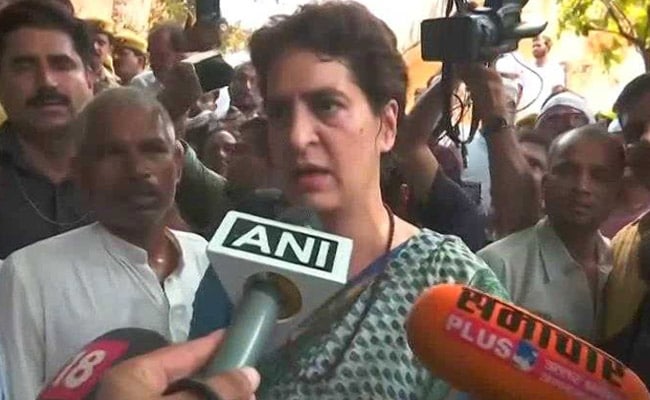 "Supreme Court's decision is a stamp on the prevailing jungle raj in UP," Priyanka Gandhi tweeted

Congress General Secretary Priyanka Gandhi Vadra said today that the Supreme Court's ruling in the Unnao rape case is a "stamp" on the prevailing "jungle raj" in Uttar Pradesh and the state government's failure.

The Supreme Court on Thursday issued a slew of instructions in the case, including directing the transfer of all five cases registered in connection with the Unnao rape incident from a court in Uttar Pradesh to a court in the national capital.

"The Supreme Court's decision is a stamp on the prevailing jungle raj in Uttar Pradesh and the state government's failure," Priyanka Gandhi said in a tweet in Hindi.

"The BJP has finally acknowledged that it had given protection to a criminal and by expelling him it has taken at least one step to correct its mistake," she said.

The Central Bureau of Investigation or CBI has booked BJP legislator Kuldeep Singh Sengar and 10 others on the charge of murder in the accident case of the Unnao rape survivor.

The teen has accused the legislator of raping her at his residence in 2017, when she was a minor. The rape case against Kuldeep Sengar was filed after the woman tried to immolate herself outside UP Chief Minister Yogi Adityanath's residence in Lucknow in April last year.

On Sunday, her car was hit by a truck when she was going to meet her relative in Rae Bareli. Two of her aunt's were killed in the accident, while the rape survivor and her lawyer are undergoing treatment at a Lucknow hospital, where their condition is stated to be critical.

The woman's family has alleged that the road accident was a result of a conspiracy.