The Madhya Pradesh government had chosen Palpur-Kuno Wildlife Sanctuary in Sheopur district of Gwalior division as the site for relocation of over 500 Asiatic lions. 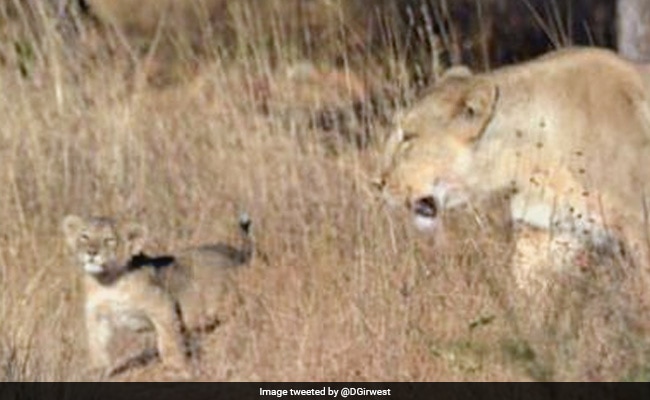 Gujarat had, however, opposed the decision.

The Supreme Court on Tuesday asked the Centre to respond on a plea by an NGO seeking direction to relocate some Asiatic lions from Gujarat's Gir forest to a wildlife sanctuary in Madhya Pradesh.

In 2013, the issues on relocating Gir lions to Madhya Pradesh were brought before the top court. The court had then approved their relocation, stating that there should be a second home to secure it from extinction.

The Madhya Pradesh government had chosen Palpur-Kuno Wildlife Sanctuary in Sheopur district of Gwalior division as the site for relocation of over 500 Asiatic lions. Gujarat had, however, opposed this decision.

A bench comprising Chief Justice SA Bobde and Justices BR Gavai and Surya Kant issued notices to the Ministry of Environment and Forest and other parties connected in the matter, seeking their replies within four weeks.

The counsel for the petitioner contended that the process of relocation from Gir to Kuno wildlife sanctuary in Madhya Pradesh began in 1989, and a designated area was made ready accordingly.

The Centre's counsel contended that the issues had come before the court in 2018, after several lions died after contracting deadly canine distemper virus.

He cited that the top court in 2013 rejected a contempt plea stating the lions were not relocated from Gir, but at that point in time, Kuno was not ready for introduction of Asiatic lion, as a tiger was spotted there.