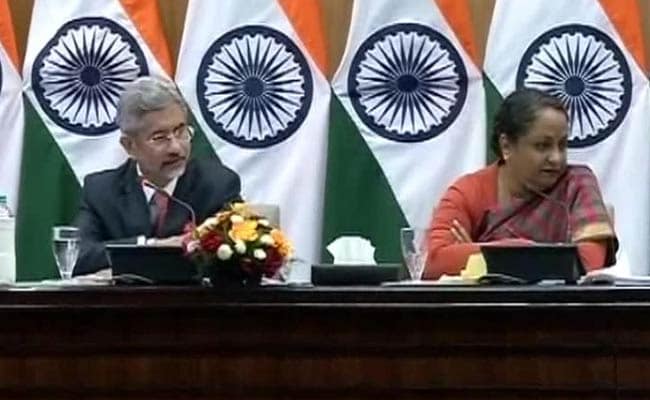 Former Former Secretary Sujatha Singh (R) and S Jaishankar, who has replaced her.

Prime Minister Narendra Modi has fired India's highest-ranking diplomat and replaced her with the ambassador to the US, a day after a successful visit by President Barack Obama.

Subrahmanyam Jaishankar took over today as the new Foreign Secretary. Analysts say his appointment underscores the prime minister's intent for control over foreign affairs, a department that has seen much activity since he took power in May last year.

The abrupt sacking of Sujatha Singh has left her "upset and livid", say sources close to the 60-year-old.

In response to allegations that she has been ineffectual, the sources said she has paid the price for keeping a low profile. "Being media-savvy is no indicator of competence," they said.

Ms Singh's tenure has been curtailed, the government said on Wednesday night, with seven months to go before retirement. The last time the head of the elite foreign service was removed was in the late 1980s. ('No Individual Larger Than Institutions,' Says Outgoing Foreign Secretary Sujatha Singh in Farwell Note)

Sources say Ms Singh had refused to take several exit routes in the past few months. She was reportedly discouraged from addressing media briefings and not included in key talks.

Her removal was criticised by the Congress party, which led the government that appointed Ms Singh and was voted out last year.  "Why have you replaced the head of the foreign service so unceremoniously? The government needs to explain," said the party's Manish Tewari.

After taking charge, Mr Modi has virtually taken over the reins of foreign policy, beginning with an unprecedented invite to regional leaders to attend his inauguration and followed by high-profile meetings with the leaders of US, China, Japan and Australia.  Sources close to Ms Singh say his outreach  -  and its success - was a team effort and cannot be credited to one individual.

They also say she has not been credited enough for organizing the presence of major Asian leaders at the PM's swearing-in, and ensuring that the spotlight on Pakistani premier Nawaz Sharif's visit did not leave the others feeling neglected.

During Ms Singh's tenure under the previous government, ties between India and the US plunged to their worst in a decade over the arrest of  Devyani Khobragade, a junior Indian diplomat in New York for alleged visa fraud.

Promoted
Listen to the latest songs, only on JioSaavn.com
Since then, the PM, denied a US visa for a decade over communal riots while he was chief minister of Gujarat, has moved quickly to rebuild ties with Washington.

He built a strong personal relationship with President Obama on a trip to the White House last year and hosted him this week as the guest of honour at this week's Republic Day Parade.