Of the 60 private hospitals' and nursing homes' licences cancelled by Madhya Pradesh, most were in Gwalior (24) followed by capital Bhopal (10). 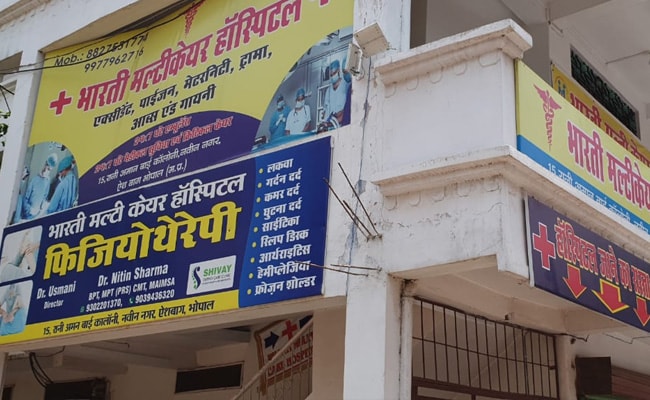 Some hospitals did not even have the basic facilities to operate.

The Madhya Pradesh government has initiated a major clean-up of the state's medical system that had sprouted scores of substandard facilities amid the Covid pandemic that had also set off a boom in malpractices among doctors.

It has cancelled the licences of 60 private hospitals and nursing homes across the state for operating in sub-par conditions, many even without regular doctors. Of these, the most were in Gwalior (24), followed by capital Bhopal (10).

The move came a little a month-and-a-half after an exclusive NDTV report exposed the deep malaise of 'empty shell' hospitals plaguing the sector.

The report showed how doctor-less hospitals and nursing homes had mushroomed in the state, taking advantage of the severe shortage of health facilities during the pandemic.

It exposed how many physicians held 'permanent resident doctor' status in multiple facilities, while it was practically impossible for them to have served all their roles.

Bhopal alone accounted for 104 such nursing homes and hospitals. Indore had 48, Jabalpur 34, and Gwalior 116 during the first and second waves of the pandemic.

This is besides the lack of other basic facilities even as the state's government hospitals have more than 5,000 vacancies for doctors and 16,000 for nursing staff.

Of the 692 hospitals now being investigated by the government, 301 private facilities have been handed show-cause notices for "deficiencies". Officials found gross violations and noncompliance with rules, too.

"There is no such case, but if any such case comes to me, we will take action. Ideally, they (permanent resident doctors) should work in one hospital only," the state Medical Education Minister Vishwas Sarang had said responding to NDTV's queries.