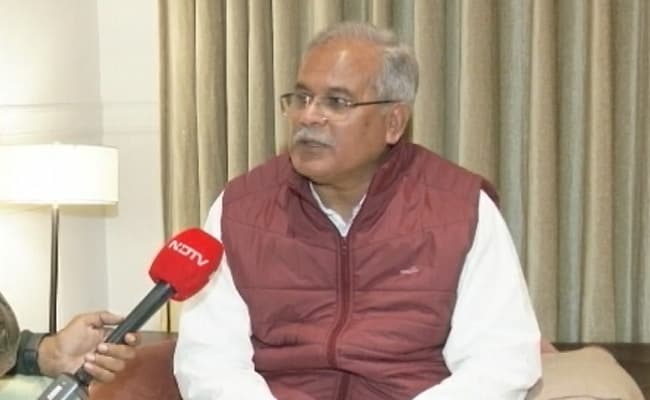 The Chief Minister accused the central agency of torturing and harassing people in the name of investigation.

Earlier, the Chief Minister, in a series of tweets, had alleged that officials from ED and Income Tax (IT) had beaten up state officers and businessmen with rods while they were detained for interrogation.

His reaction comes close on the heels of IT and ED raids on Indian Administrative Service (IAS) and state service officials and businessmen in Chhattisgarh.

"We have come to know of incidents of detaining people without informing the local police, serving them summons on the spot, detaining them without food and water till late night, beating them with rods and threatening them with imprisonment for life by ED officials," Mr Baghel tweeted.

The Chief Minister demanded videography during interrogation of detained officials by the ED and said "Agencies like ED and Income Tax should take legal action against those involved in corruption. We welcome it, but the way illegal activities are coming to the fore during investigations by ED and IT, it is not at all acceptable".

When asked about the ED's action, Mr Baghel said today: "I don't think any government or court will allow such an inhumane treatment. It is very wrong and unfortunate that the agency has crossed its limits."

The central agency had launched raids at multiple locations across various states and claimed that a "massive scam" was taking place in coal transportation in Chhattisgarh, under which, a "cartel" of politicians, government officials and others was allegedly being paid about ₹ 2-3 crores daily.

Saying that his government was committed to securing the safety and security of every individual in the state, the Chief Minister sent out a warning for central probe agencies, saying: "If such complaints are received by us further, then the state police will be legally compelled to take action."