Residents believe the recent closure of the Srinagar's Jamia Masjid was the longest at the 13th-century mosque since India's independence in 1947. 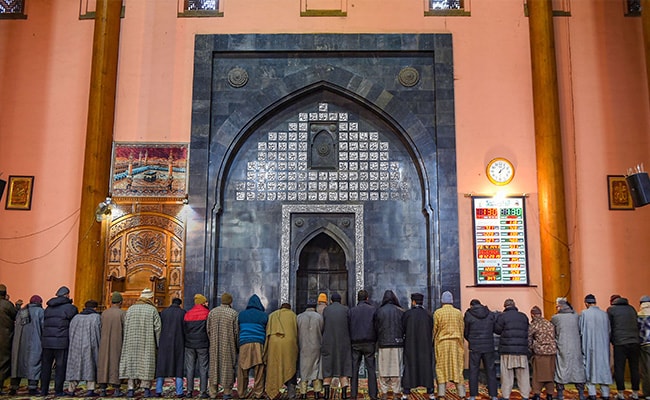 Srinagar's main mosque Jamia Masjid re-opened for prayers on Wednesday for the first time since Jammu and Kashmir's special status was scrapped by the central government in August and severe curbs imposed. For the first time in over four months, authorities may allow the Friday prayers this week, sources said.

Some 70 worshippers were led by Mufti Ghulam Rasool in afternoon prayers inside the sprawling mosque, which can accommodate 30,000.

Locals believe the recent closure was the longest at the 13th-century mosque since India's independence in 1947.

"I was sitting at home when I heard the azan (call for prayer) coming from the Jamia Masjid. I couldn't believe my ears and came running to offer prayers here for the first time in four-and-a-half months," Mohamad Iqbal, 55, told news agency AFP.

"It feels like I'm breathing again. No doubt my happiness knows no bounds today, but the saddest thing is that the Kashmir dispute is yet to be resolved," he said.

In August, India ended special status to Jammu and Kashmir under Article 370 of the constitution and split it into two union territories, saying the move would help ensure that people of the state get the same constitutional benefits as the rest of the country. To prevent any backlash, the centre also imposed massive security restrictions and took measures that included arresting politicians, posting extra troops and blocking phone and internet lines.

Thousands including separatists such as chief cleric of Srinagar's Jamia Masjid Mirwaiz Umar Farooq were taken into custody by authorities.

Before the crackdown, Mirwaiz Umar Farooq delivered sermons and political messages at the mosque every Friday, which were often followed by street protests.

Other mosques and shrines in Kashmir have faced similar restrictions at different times on large gatherings during the lockdown.