The move comes close on the heels of the airline announcing expansion the fleet by 21 more planes-16 B737s and five turboprop Bombardier Q400s, besides connecting the country's financial hub with a host of international destinations. 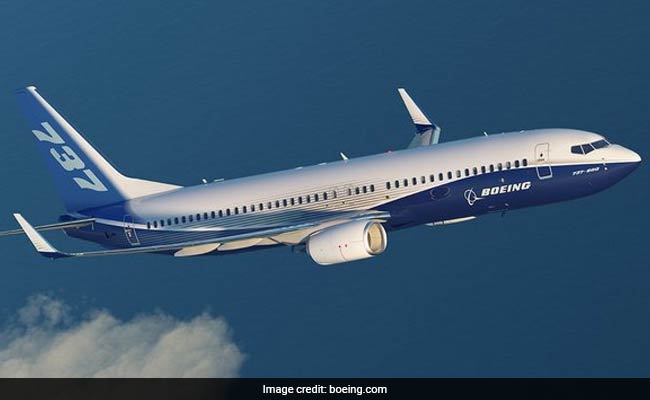 Budget carrier SpiceJet Thursday said it will dry lease (aircraft without crew, ground staff) six more Boeing 737 planes and roll out of 24 daily new flights connecting Mumbai and Delhi as it seeks to encash the void left by the temporary grounding of Jet Airways.

The move comes close on the heels of the airline announcing expansion the fleet by 21 more planes-16 B737s and five turboprop Bombardier Q400s, besides connecting the country's financial hub with a host of international destinations.

Mumbai was one of the two main bases of Jet Airways, before it temporarily halted operations on Wednesday.

"SpiceJet will induct six more Boeing 737-800 NG aircraft on dry lease and it has applied to the Directorate General of Civil Aviation for a no-objection certificate (NOC) to import these planes," the airline said in a statement.

Subject to regulatory approvals, the aircraft would begin joining SpiceJet's fleet in the next ten days, it added.

Last week, in two separate announcements, the Gurugram-based airline had said it dry lease 16 Boeing 737s planes, and induct five regional jets in the fleet to fill the capacity deficit, due the grounding of Jet Airways planes.

The total number of planes to be inducted in the immediate future now stands at 27, the airline said.

"We will induct as many as 27 planes in a record time of less than two weeks and are hopeful that these inductions will help considerably ease the pressure situation," SpiceJet chairman and managing director Ajay Singh said in the release.

The airline is taking taking all possible proactive measures to deal with the sudden reduction of aviation capacity in the Indian market, he said.

SpiceJet continues to work closely with the government and regulatory authorities to help minimise passenger inconvenience, he added.

The airline also announced the launch of 24 new daily flights connecting Mumbai and Delhi with other cities on its domestic network.

In addition to this, the airline will also launch flights on Delhi-Patna-Delhi and Delhi-Bangalore-Delhi sectors besides two additional frequencies on the Mumbai-Delhi-Mumbai sector.

The new services will become operational between April 26 and May 2, it said.

SpiceJet operates 516 average daily flights to 60 destinations, including 51 domestic and nine international ones. The airline has a fleet of 48 Boeing 737, 27 Bombardier Q-400s and one B737 freighter.