She said the government has obliged the states to bear the cost of vaccination for the 18-45 age group. 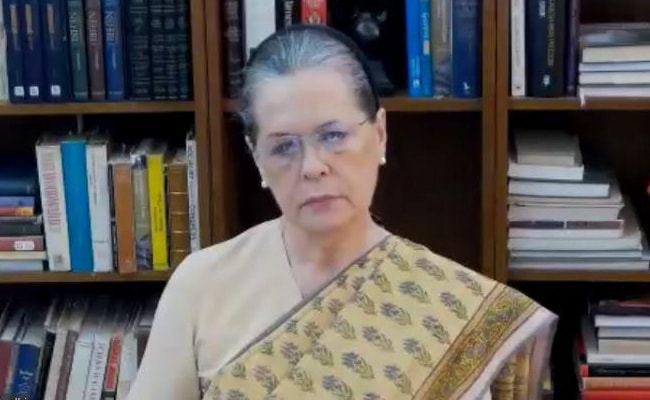 The Congress president was addressing a CWC meeting. (File photo)

Congress president Sonia Gandhi today expressed concern about a third Covid wave and said the country is paying a "horrendous price" for the government's "neglect of the pandemic" and "willful patronage of super-spreader events" at a meeting of the Congress Working Committee (CWC), the party's top decision-making body.

"Scientific advice has been willfully ignored and the country is paying a horrendous price for the Modi government's neglect of the pandemic, indeed its willful patronage of super-spreader events that were allowed for partisan gains," she said in her opening remarks.

"The public health system across the country has all but collapsed. Vaccination coverage is woefully short of need and not expanding at the rate at which it must. The (Prime Minister Narendra) Modi government has abdicated its responsibility. It has obliged the states to bear the cost of vaccinating the hundreds of millions in the 18 to 45 age group," she said.

Criticising the Centre for not bringing free vaccination for all but going ahead with the grand Central Vista project, she said, "Every expert has said that it would have made more sense and it would have been financially more equitable for the Centre to bear the costs. But we know Modi government has other priorities, pursuing grandiose projects against the force of public opinion and the face of widespread criticism."

She said the "single-most important need" right now is to rapidly expand vaccination coverage and ensure that no eligible citizen gets left out.

Asserting that the Congress "stands prepared" to work with the centre in this "most important and urgent of tasks", she said, "We have repeatedly urged the Modi government to call an all-party meeting to demonstrate national will and resolve."

The Congress president thanked the international community for extending assistance to India in this hour of need.

"That we should be placed in such a position reflects the monumental arrogance, incompetence and vain triumphalism of the ruling establishment," she said.

The Congress president's sharp remarks came as India today reported 3,66,161 Covid cases and 3,754 deaths over the past 24 hours.