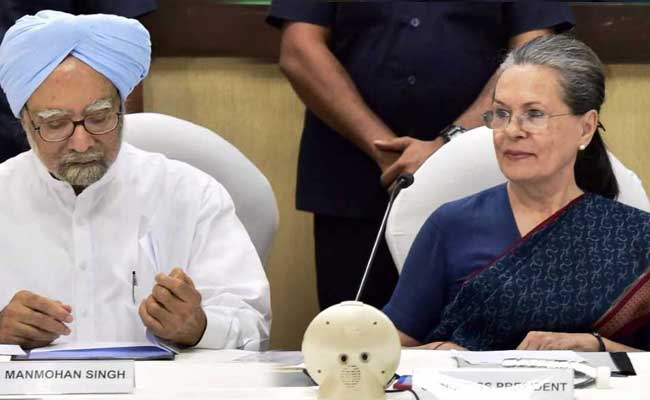 "Sonia Gandhi should have been the PM when UPA (United Progressive Alliance) came to power. If Kamala Harris can become US Vice President why can't Sonia Gandhi become Prime Minister? (She) is an Indian citizen, wife of former PM Rajiv Gandhi and a member of Lok Sabha," Ramdas Athawale was quoted by news agency ANI as saying on Saturday.

The BJP ally said any talk about Sonia Gandhi's foreign origin is "meaningless".

"When the UPA got a majority in the 2004 election, I had proposed that Sonia Gandhi should become prime minister. I was of the view that her foreign origin issue had no meaning," Mr Athawale told reporters in Indore.

Mr Athawale, known for his unfiltered comments, also said if Sonia Gandhi did not want to take the top post at the time, she should have picked Sharad Pawar.

"Pawar should have been made Prime Minister instead of Manmohan Singh but Sonia Gandhi did not do so," the Union Minister.

According to Mr Athawale - who is the lone National Democratic Alliance (NDA) ally in the BJP-led central government -- if Mr Pawar had been Prime Minister in 2004, the Congress would have been in a stronger position and would not have been in the mess that it finds itself in now.

Manmohan Singh was Prime Minister for 10 years before the BJP led by Narendra Modi swept to power in 2014.

Mr Pawar, a former Congress leader, was expelled from the party when he rebelled against Sonia Gandhi's leadership over her foreign origin. In 1999, he broke away from the Congress and formed his Nationalist Congress Party (NCP). The NCP and Congress have since fought several elections together as allies and currently share power in Maharashtra along with the Shiv Sena.  Mr Athavale is also from Maharashtra.