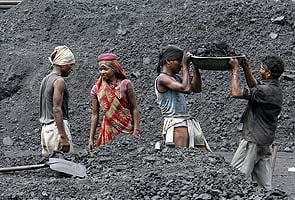 New Delhi: There is more trouble for the UPA government in the coal block allocation scam. Coal Minister Sriprakash Jaiswal has admitted that some crucial files between 1993 and 2004, related to the scam, have gone missing.

"It's true that some files from 1993 to 2004 are missing. We are trying to get the copies of those files ready," Mr Jaiswal said in Kanpur today.

This comes just a week after the Supreme Court had ordered the government to "co-operate" and urgently share any documents requested by the CBI as part of its investigation into how coal mining licenses were issued to private firms.

The CBI had complained that the Coal Ministry has said it needs time to locate some files sought by investigators.

"Coal-Gate" as the scandal has been dubbed is particularly sensitive for the government because for some of the years under review, the Prime Minister held direct charge of the Coal Ministry.

Coal-Gate erupted in 2012. After the government's auditor said that private firms got sweetheart deals because coal mining licenses were not auctioned; the CBI has said that the process of allocation lacked transparency and that basic background checks were not conducted by the government on firms which misrepresented financial records and technical expertise.

Promoted
Listen to the latest songs, only on JioSaavn.com
Earlier this year, the CBI conceded that a report on its investigation had been altered by officials in the Law Ministry and the Prime Minister's Office before it was submitted to the Supreme Court. Furious judges retaliated by ordering the government to share a plan to free the CBI from political interference.

The case will next be heard on August 29.