Constable Abishek Roy received splinter injuries when a mortar shell exploded near his post at Manyari in Hiranagar sector of Kathua district late on Monday night, the officials said. 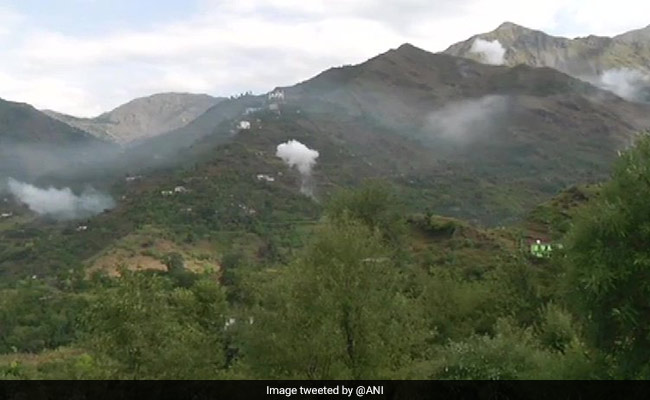 A Border Security Force or BSF sodier was injured as the Pakistani Army targeted forward posts and villages in Kathua and Poonch districts of Jammu and Kashmir with mortar shells and small arms fire, officials said on Tuesday.

Constable Abishek Roy received splinter injuries when a mortar shell exploded near his post at Manyari in Hiranagar sector of Kathua district late on Monday night, the officials said.

They said the Pakistani Army opened fire and lobbed shells in the sector at 8:15 pm, prompting effective retaliation by the Border Security Force or BSF personnel guarding the International Border.

The exchange of fire between the two sides continued till 3:25 am this morning, the officials said, adding that the soldier, who was injured around 11:35 pm, was brought to a medical college in Jammu for specialised treatment and his condition is stated to be "stable".

A defence spokesman said the Pakistan Army also targeted forward posts and villages with mortar shells and small arms firing in Shahpur and Kirni sectors along the Line of Control in Poonch district.

"Today at about 0745 hours, Pakistan initiated unprovoked ceasefire violation by firing of small arms and shelling with mortars in Shahpur and Kirni sectors. The Indian Army is retaliating befittingly", the spokesman said.

He said there was no immediate report of any casualty in the cross-border firing which was still going on.

Six persons were injured in the shelling by Pakistani troops in Poonch on Sunday.

According to officials, Pakistan violated the ceasefire over 2,000 times along the Line of Control this year, leaving 21 people dead and several others injured.