Aneri Vajani meant to share a message for International Yoga Day instead she was trolled was being 'too skinny.' She said: "If you have so much issue then ignore the picture" 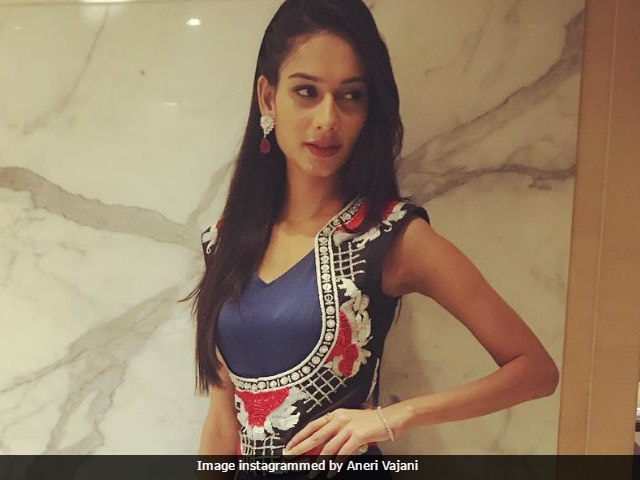 New Delhi: Actress Aneri Vajani, who plays the role of Saanjh in popular television show Beyhadh, was recently skinny-shamed after she instgarmmed a picture of herself ahead of International Yoga Day. The 23-year-old actress slammed the trolls on Twitter with a message as bold as the picture she shared - "My Life My Rules!" On Tuesday, Aneri posted her picture and wrote in caption: "When you own your breath nobody steals your peace. Happy Yoga Day." But the trolls only saw her picture, what she wore and how 'skinny' she looked. "Kitna gandha body hai (sic)," wrote one user in comments while another added: "I understand m a skinny too but this is extreme babe! Get some supplements (sic)." Aneri replied: "If you have so much issue then ignore the picture."

This was Aneri Vajani's entire message:

Here's the picture Aneri was trolled for:

When You Own Your Breath NoBody Steals Your Peace! Happy Yoya Day! :) #yoga day!

Promoted
Listen to the latest songs, only on JioSaavn.com
Aneri Vajani's colleague Nia Sharma also tackled the social media trolls in February when she was slut-shamed after posting a promotional video from her web series Twisted. Nia Sharma, who is currently participating in television show Khatron Ke Khiladi 8, shot down trolls by posting a new (but similar) video and said: "Here's one more from the photoshoot. Ready to slut-shame a girl again? Go ahead."

Recently, Bollywood actresses Priyanka Chopra, Fatima Sana Shaikh and Deepika Padukone were targeted by the social media moral police for their choice of clothes. Priyanka's 'short skirt' was not acceptable to some trolls while the Internet was outraged that Fatima could post pictures of herself in bikini during Ramzan. Deepika Padukone's photoshoot for a fashion magazine was also criticised by trolls.
Comments
aneri vajanianeri vajani beyhadhaneri vajani skinny-shamed