In an editorial in its mouthpiece "Saamna", the Shiv Sena commented on the alleged use of central agencies to target rivals in opposition-ruled states 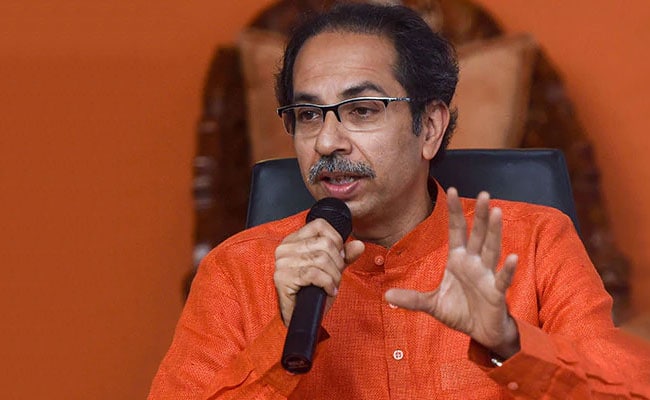 The Enforcement Directorate and the CBI "should be sent to the borders" to tackle terrorists entering Jammu and Kashmir, Maharashtra's ruling Shiv Sena has said in its latest attack on former ally BJP. Criticising the government's treatment of protesting farmers near Delhi "who are called terrorists", the Sena also said it was "cruel" to use water cannons on them in the cold wave sweeping parts of north India.

In an editorial in its mouthpiece "Saamana", the Shiv Sena referred to the giant statue of Sardar Vallabhbhai Patel in Gujarat "erected by Prime Minister Narendra Modi and Amit Shah" and said the iconic first Home Minister of the country had led many farmers' agitations against the British. "His statue must be weeping now, seeing how farmers are being treated," said the article.

Also commenting on the alleged use of central agencies to target rivals in opposition-ruled states, the Saamna editorial said, "The government thinks to stop opposition, they can use the ED (Enforcement Directorate), CBI. Hence these agencies should be given an opportunity to prove their valour. Every time bullets don't work. At Delhi's border, our farmers are called terrorists while terrorists are entering the J&K border. At such times, ED and CBI should be sent to the borders. There is no other option..." The Sena has accused the central government of targeting its MLA, Pratap Sarnaik, who is being investigated by the Enforcement Directorate for alleged money-laundering.

"The BJP is not just ruining the country's environment but is also inviting autocracy. The Khalistan topic is over and for that Indira Gandhi and General Arun Kumar Vaidya laid down their lives. But BJP wants to bring that topic up again and do politics in Punjab. If this ignites a spark then it will be disastrous for the country," the Sena editorial said.

The "Khalistan" twist to the farmer protests emerged last week when Haryana Chief Minister ML Khattar and other BJP leaders alleged slogans of the Sikh separatist movement were raised by protesters. "We have inputs of some such unwanted elements in the crowds. We have reports, will disclose once it's concrete. They raised such slogans. In videos they said 'jab Indira Gandhi ko ye kar sakte hain, toh Modi ko kyu nahi kar sakte (If we can do this to Indira Gandhi, why not (Prime Minister Narendra) Modi)," Mr Khattar told reporters, referring to unverified videos in circulation.

Farmers from across the country have gathered around Delhi to protest against new farm laws that the centre says will bring reforms. Protesting farmers fear that the laws take away their minimum guaranteed earnings and will allow corporates to control prices. They have threatened to block all entries to Delhi and stay put unless the government agrees to cancel the laws.