The Shiv Sena had earlier brought its legislators to the Hotel Rangsharda in Bandra, claiming that they were being offered "bags of cash" by the BJP. 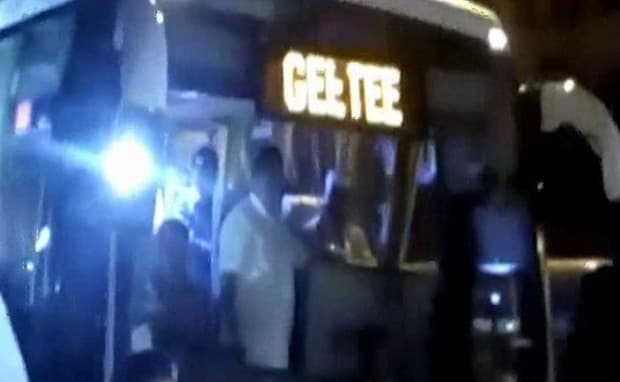 Amid the ongoing tussle over a "50:50 arrangement" in Maharashtra, the Shiv Sena was today seen shifting its MLAs from Mumbai's Hotel Rangsharda to a resort on Madh Island in an apparent move to better secure them from poaching attempts.

The Shiv Sena had brought its legislators to Hotel Rangsharda in Bandra West under heavy security on Thursday, even as an editorial in party mouthpiece Saamna alleged that they were being offered "bags of cash" by the BJP.

The decision to move the MLAs again came even as the dispute between the two parties worsened after Devendra Fadnavis resigned as the Chief Minister on Friday, hours before the deadline for government formation was to end. Each accused the other of lying about a "50:50" arrangement that the Shiv Sena claims was discussed with BJP president Amit Shah earlier this year. However, at the same time, both parties maintained that the alliance was not over.

In a press meet conducted earlier today, Shiv Sena chief Uddhav Thackeray accused the BJP of "horse-trading" MLAs to bring down the HD Kumaraswamy government in Karnataka earlier this year. He, however, rejected suggestions of being bothered by any such eventuality with his own legislators. "Let them do it, what difference will it make? If they do, will they be any better than the Congress?" he asked at a press meet held this evening.

Devendra Fadnavis dismissed accusations that his party was trying to lure lawmakers from other parties in order to form the government in Maharashtra. "Reports about the BJP trying to buy MLAs is false. I will say on record that no MLA from another party will be brought into the BJP. We will form a government in the state, and the Chief Minister will be from our party," he said.

The opposition Congress has also alleged that the BJP was trying to poach its MLAs to reach the elusive majority mark in the state assembly. It sent them packing to Jaipur in Rajasthan earlier today. "There have been attempts to lure Congress MLAs. We have asked everyone to record any phone call like this," party leader Vijay Wadettiwar said.

The BJP rejected the accusation, terming it as an insult to the Congress' own MLAs. "Does this mean that the Congress has put up its MLAs for sale?" party leader Sudhir Mungantiwar asked.